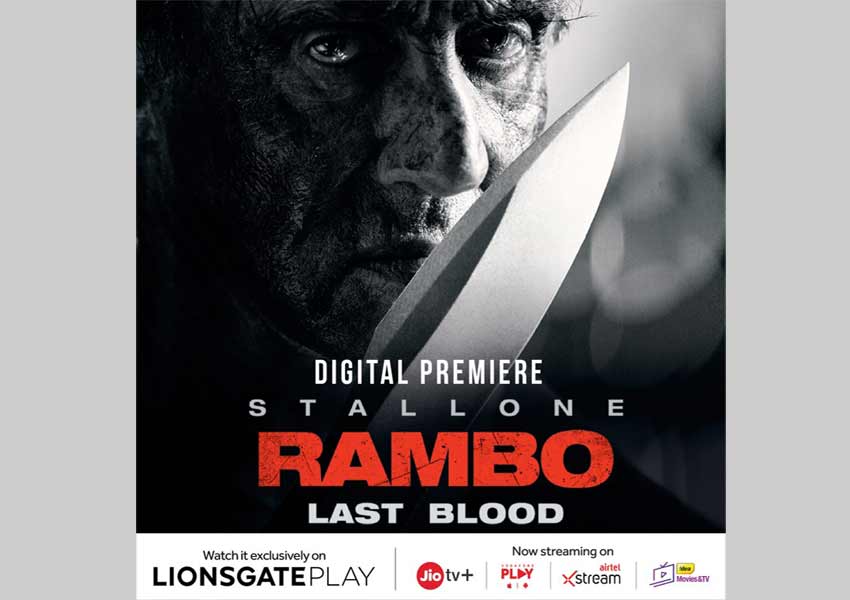 Sylvester Stallone starrer Rambo: Last Blood is the fifth instalment of the wildly popular the Rambo franchise. In this film Rambo (reprised by Stallone) travels to Mexico to save his adopted daughter, who has been kidnapped by a Mexican cartel and forced into harlotry. Directed by Adrian Grünberg, the film has a huge star caste including Paz Vega, Sergio Peris-Mencheta, Adriana Barraza and many others. If action is your genre then Rambo: Last Blood is a film, you cannot miss!

The film centres around Rambo as a protective father of his adopted daughter. Eleven years after the events in Burma, Vietnam War veteran John Rambo lives in Bowie, Arizona at his deceased father’s horse ranch, which he manages with his old friend, Maria Beltran, and her granddaughter, Gabriela. Gabriela tells Rambo that a friend of hers, Gizelle, has found Gabriela’s biological father, Manuel, in Mexico. Gabriela secretly drives there to ask why Manuel abandoned her and her mother years ago. Manuel coldly tells her that he never cared for her or her mother.Gizelle takes a heartbroken Gabriela to a nearby club, where Gabriela is drugged and kidnapped by the enforcers of a Mexican cartel.Does Rambo still have it in him to fight the world and save his loved one? Watch this film to find all the answers!