Lionsgate Play to launch the digital premier of Bombshell in India 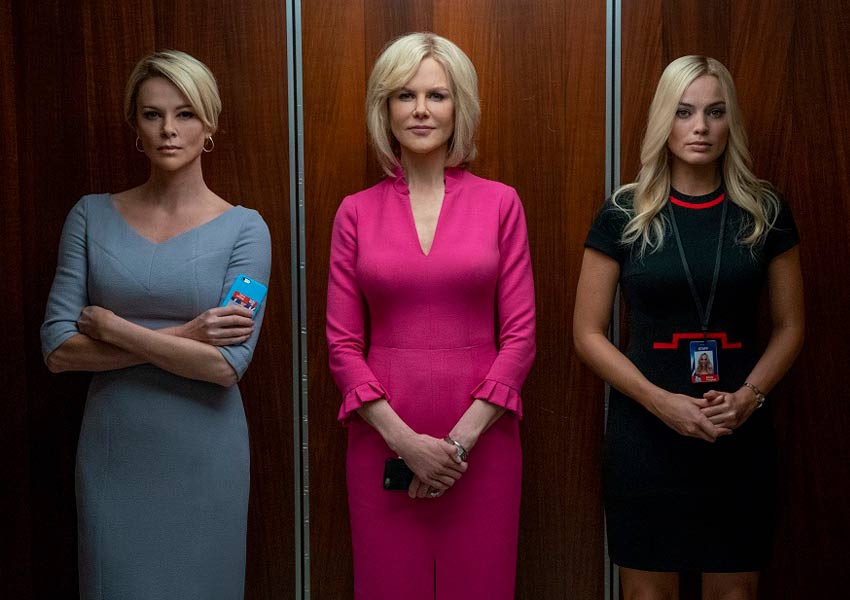 Globally known for their critically and commercially acclaimed movies, Lionsgate Play, the latest streaming service from Global Content leader Lionsgate, will launch the digital premier of the Oscar winning movie Bombshell on Friday, 1st May, 2020. Starring Charlize Theron, Nicole Kidman, Margot Robbie and directed by Jay Roach,  the real life inspired biographical drama is based upon the accounts of the women at Fox News who set out to expose CEO of Fox News Roger Ailes for sexual harassment. The movie will be available on Lionsgate Play’s leading telecom partner apps such as Vodafone Play, Idea Movies & TV and Airtel Xstream. Lionsgate Play will be doing a series of social media activities to promote the movie.

Bombshell, that theatrically released in India on 3rd Jan, 2020, was well appreciated by the audiences for capturing a toxic work environment and for the performances of its stars. It also received accolades for meticulous transformations of Charlize Theron and Nicole Kidman into Megyn Kelly and Gretchen Carlson, respectively. Additionally, it received support from the Indian film industry as well as Bollywood personalities such as Zoya Akhtar, Farhan Akhtar, Taapsee Pannu, Ananya Pandey, Dia Mirza, Ishan Khattar & many more watched the movie and were all praises of the way such a bold topic has been handled by the team.

Commenting on the digital release, Mr. Rohit Jain, MD of Lionsgate South Asia said “We are a digital-first brand. We recently released Bombshell theatrically and it was very well received by Indian audiences. We are now pleased to host the digital premier of Bombshell. This film touched upon a sensitive topic that took the world by storm. Bombshell won multiple awards across the globe including an Oscar. With our Blockbuster Friday releases, we aim to expand our content library by releasing critically and commercially acclaimed movies for our viewers every week.”