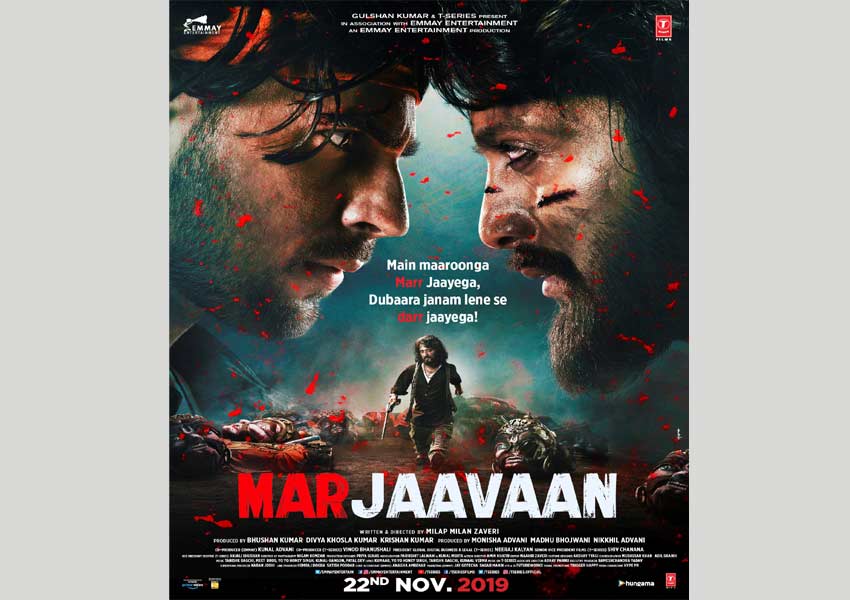 Sony MAX is all set to feature the World Television Premiere of the month – Marjaavaan. The action drama featuring Siddharth Malhotra, Riteish Deshmukh and Tara Sutaria will be showcased on 29th February 2020 at 8PM. The film revolves around the love story of a local goon, Raghu (Siddharth Malhotra) and Zoya (Tara Sutaria), a mute music teacher whose world is turned upside down due to the villainous acts of Vishnu (Riteish Deshmukh), the son of an infamous gang leader The film takes a series of heart wrenching twists that results in the death of Zoya. Raghu avenges her death while Vishnu continues to destroy everything Raghu lives for.

Speaking about his role as Raghu, Siddharth Malhotra says, “Milap, Me and my team first decided to change the physical aspect of Raghu – trying longer hair, a bandana, the matches, tougher, bigger and broader look including the tattoos of every religion in India. I found it cool and really enjoyed it. I’ve never done something like this before.”

Speaking about her role as a mute Kashmiri Music teacher, Tara Sutaria says, “I spent a couple of months before we started filming to learn the sign language as I wanted it to be 100 percent right. I believe if you’re doing something unique like this, you need to do justice to the role. I am really grateful to Milap Sir and to everyone that I could learn this language.”

Tune in to Sony MAX to catch the love story with action drama directed by Milap Zaveri this 29th February 2020 at 8pm.