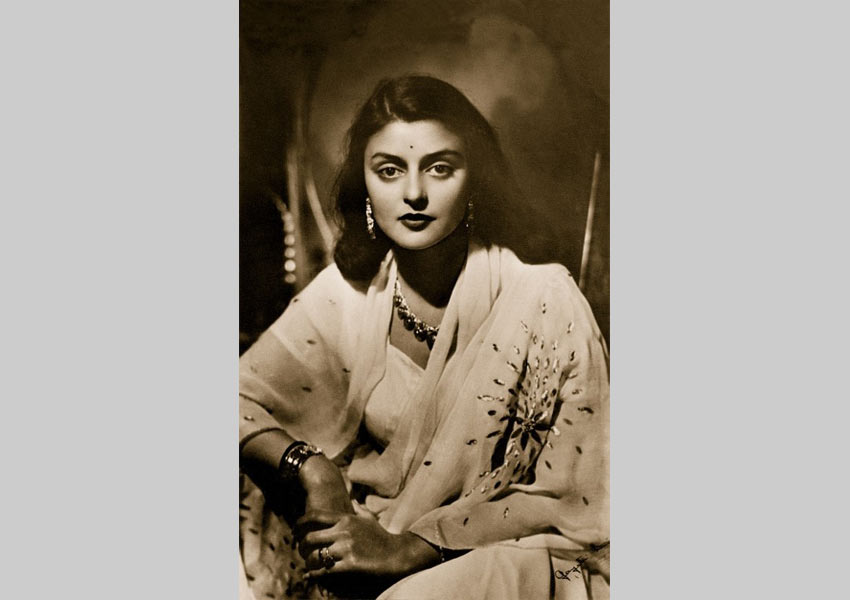 The iconic fashionista of India and the epitome of elegance, Maharani Gayatri Devi of Jaipur is coming back to the screen. Yes, you have guessed it right, there’s going to be a royal drama series on her life.

Samar Khan, Chief Operating Officer (OTT), Juggernaut Productions said, “We are thrilled to acquire the exclusive life rights to create this show. It is only natural that the best talent in the industry is brought together to bring alive the best of Indian royalty, and we aim to do exactly that.”

The show to be produced by Juggernaut Productions and Mango People Media is in development with eminent, award-winning writers Bhavani Iyer Kausar Munir already on board to helm the writing & research process.

Conversations with leading talent from the film industry are already underway to headline the show.

If ever there was to be a biographical narrative with all the elements of a world-class drama series, and yet remain exotic, larger than life, even bordering on the fantastical, then there wouldn’t be a subject better than the life of Maharani Gayatri Devi of Jaipur.

The erstwhile regent of Jaipur and later a Guinness world record-holder parliamentarian is the visual representation of the grandiose life and times of India’s modern royal families. India’s first global icon with close friends in high places, including the White House and Queen Elizabeth II; she is known for her style, fashion, and chutzpah, which came to define royal charisma unlike any other public figure has come close to rival.

The rights to recreate and relive her life and times have been amongst – if not the most – sought after intellectual property assets in South Asia. Over the years, the custodians of these rights have been very discerning in ensuring they are entrusted to film makers who could do justice to her legacy. More than a decade after her demise, her grandchildren MaharajDevraj Singh and RajkumariLalitya have entrusted the adaptation of her phenomenal life story to screen to IN10 Media Network’s Juggernaut Productions and Mango People Media.

Maharaj Devraj Singh and Rajkumari Lalitya said, “We are excited to see the life of our grandmother Maharani Gayatri Devi getting translated into a drama series by Juggernaut Productions and Pranjal Khandhdiya. We believe that her life-story should to be told by people who are truly passionate about her; and whose vision is to create the show on a grand scale. We hope that they will do justice to inspire millions of audiences especially the younger generation who will get to learn about her life story and the older generations the world over who will get to recount her legend.”

Preparing for a Magnum Opus

With unprecedented access to the royal family of Jaipur, authentic locations and palaces, and the late Rajmata’s personal records and belongings for research and filming, the on-screen portrayal of the most royal amongst royalty is set to be a magnum opus in the true sense!

Commenting on the new venture, Mr. Aditya Pittie, Managing Director, IN10 Media Network said, “We at IN10 Media are committed to bringing alive stories that are Indian at heart, and mount them in a manner befitting the global times we live in. To bring to the global audiences a story of a lady such as the late Rajmata is exciting, and more so because it is exactly the kind of challenging subject that Juggernaut Productions has been prepping to develop and deliver at international standards in terms of both research and execution.”

Pranjal Khandhadiya, of Mango People Media, is the creator of this series and is entrusted by the royal family to bring this story to screen. Pranjal expressed his gratitude towards MaharajDevraj Singh &RajkumariLalitya for allowing us to tell the story of Maharani Gayatri Devi. “I am very sure that this series will share a royal chord with viewers of India as well as globally and that it will allow the audience to reminisce the human story of a princess who firmly stood against all odds to make way for a progressive society.  I am excited to partner with Juggernaut Productions to ensure a world-class series that befits Indian Royalty.