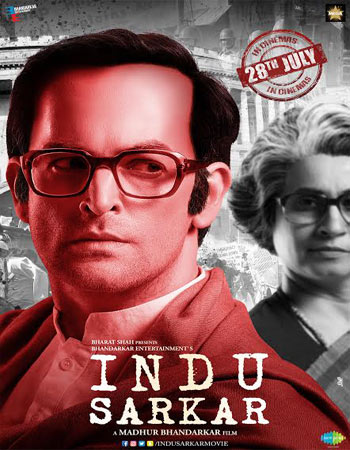 DesignMee, is all set to create the artisanal effect with their unadorned yet austere designs on the screens as it is the official designing and styling partner for Madhur Bhandarkar’s much talked about & awaited  film Indu Sarkar, releasing on 28th July this year.

The film is set during the Emergency and stars Kirti Kulhari, Neil Nitin Mukesh, Supriya Vinod, Anupam Kher and revolves around one of the most influential families in India. The Delhi-based fashion entrepreneur and designer Manish Tripathi, shares his experience of collaborating with film maker Madhur Bhandarkar.

He says, “Madhur is known for his realistic and hard hitting films which demand more approachable and real costumes for his characters.  Designing for Indu Sarkar was a privilege as well as a challenging experience for the team at DesignMee. Madhur was very clear on the vision he had and we believe that our clothes have communicated it with great clarity.”

Manish’s bespoke ensemble which includes sarees, kurtis, waistcoats and much more attempt to revive the era with surrealism and elegance. He internalized the vision of Bhandarkar’s ambitious project and conceptualised it well by keeping the persona of each protagonist in mind. The inspiration of his work has been drawn from the vintage regal designs which encapsulate the essence of the era well.

The endeavor to translate the outfits into a visual experience was met by the intense research that went into it. Tools like Prints, newspapers, books and photographs of the time have been used extensively to achieve the desired look.