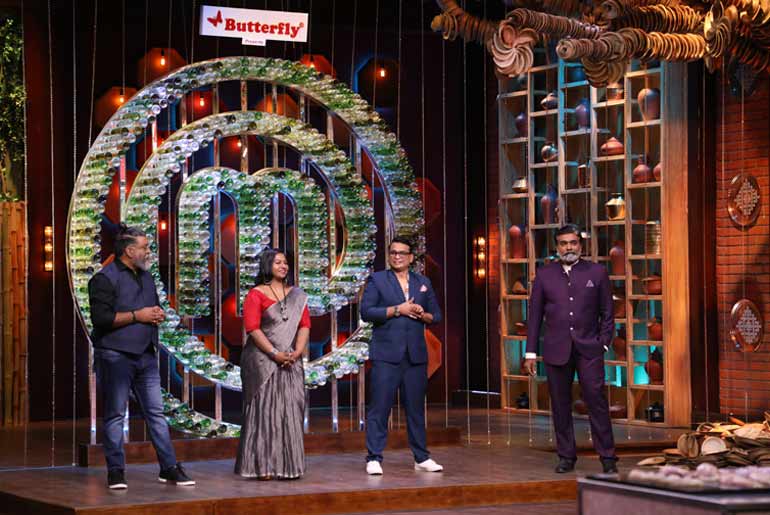 Masterchef Tamil, Tamil General Entertainment Channels finest culinary battle is all set to hit the screens on SUN TV from August 7th. The show will be hosted by Makkal Selvan Vijay Sethupathi and will go on-air every Saturday and Sunday between 9:30 PM to 10:30 PM.

The show will be following the journey of amateur home cooks in their pursuit to win the coveted title of MasterChef Tamil in its debut season. Masterchef Tamil’s judging panel boasts the pioneers from the culinary industry, Ms.Aarthi Sampath, Mr.Koushik S, and Mr. Harish Rao.

The show is spread across 30 episodes and the launch episode is set to reveal the hidden culinary talents of home cooks and will further unearth their skill sets in the following episodes through a series of challenging tasks.

Commenting on the show’s iconic premiere, Mr. Saravana Prasad, Founder, Innovative Film Academy said “We are thrilled with the launch of MasterChef Tamil and can’t wait for the audience to get a taste of the magnum opus show we have put together. From the kitchen, pantry to the host, we have brought together the best of the best for the Tamil audience and the show is guaranteed to set benchmarks for cooking reality shows in regional television. MasterChef Tamil is all about the celebration of talented home cooks across the state, and most importantly, the celebration of the art of cooking. There is no doubt that it will receive a unanimous, positive welcome from the Tamil audience from day one.”

Commenting on the show’s launch, Ms. Aarthi Sampath said “We are amazed by the kind of talent that has been unraveled in the show so far. The kind of perfection and precision exhibited by the contestants have been on par with professional standards. I cannot wait to see what more they have in store for us!”

Adding on, Mr.Harish Rao said “The element of challenge in the show is what makes it stand out from other cooking reality shows we have seen so far. Every detail such as time management, choice of dishes, and plating skills are being taken into account – which adds to the theatrics of the show.”

Adding on, Mr. Koushik S said “This show is the perfect amalgamation of natural cooking talent and top-notch resources that helps in the unearthing of talent like never seen before. It has proven to be a perfect platform for amateur chefs to showcase their talent. The presence of a charming host such as Vijay Sethupathi and the support that IFA has lended to the project just helps tie the show together in an even more seamless way.”