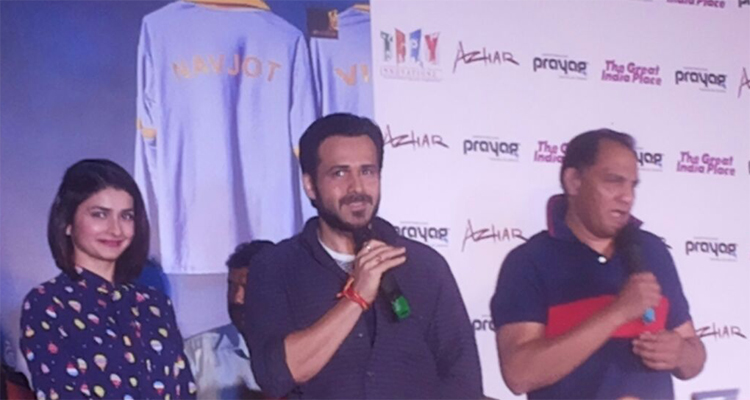 Speaking on the event, Munish Baldev from Entertainment City Ltd, commented, “The Great Indian Place Mall, with its array of high-end lifestyle, fashion and leisure choices, is the premium destination for Noida and NCR visitors. Being chosen as the venue for the launch of the latest movie “Azhar” with superstars Emraan Hashmi and Prachi Desai, further reaffirms The Great India Place Mall’s status as the premium retail and hospitality properties in the region.”

Azhar is an upcoming sports drama film written, and directed by Tony D’Souza. Based on the life of Indian cricketer Mohammad Azharuddin, the film is produced by Shobha Kapoor, Ekta Kapoor and Sony Pictures Networks, it features Emraan Hashmi,Karanvir Sharma, Nargis Fakhri and Prachi Desai in the lead roles. The film is scheduled for a worldwide release on 13 May 2016.