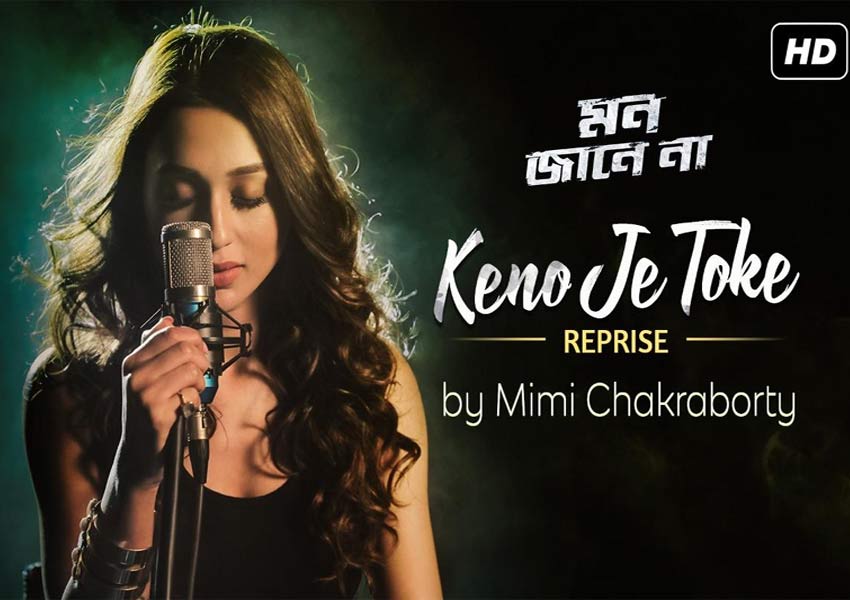 Mimi Chakraborty is an established actor who has made her mark in the Bengali film industry from the time she made her debut with a popular TV serial. From her first film in 2012 to her latest Mon Jaane Na – scheduled to release this Holi (21st March), Mimi has done many critically acclaimed roles and equally successful mainstream cinema; she has truly proved that she is one to look out for!

Her debut single which was released today by SVF Music (The music vertical of SVF Entertainment, Eastern India’s largest entertainment company) has received positive response from her fans and audience. It quickly racked up more than 70K views in 2 hours and going by its phenomenal traction, the song will be a hit this season. This single is a reprise version of the song “Keno Je Toke” from the film, Mon Jaane Na releasing on 21st March.

Directed by Shagufta Rafique, Mon Jaane Na , starring Mimi, Yash & others is a love story with a deadly secret and a detrimental drug abuse that affect the life of a couple.