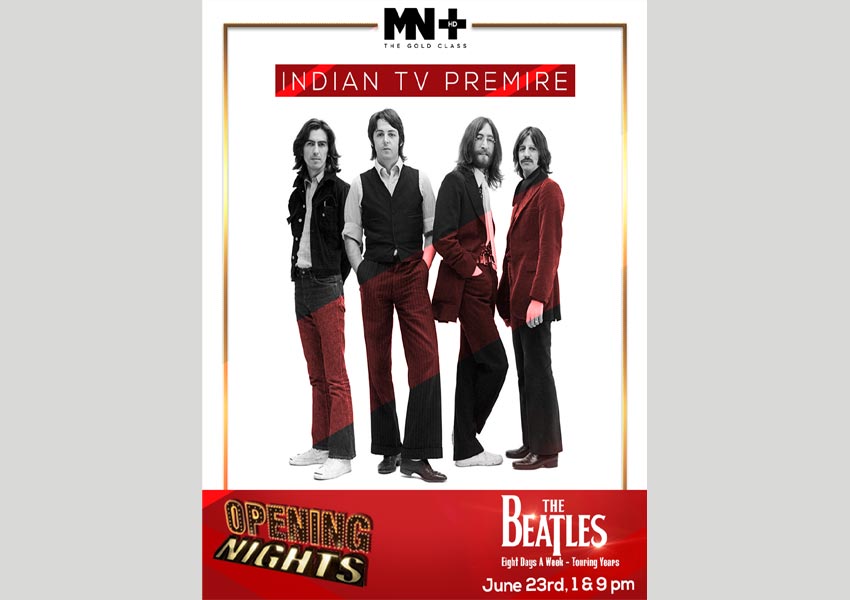 MN+, the Gold Class of Hollywood movies, brings its viewers, for the first time on Indian television, musical documentary, ‘The Beatles: Eight Days a Week – The Touring Years’ on June 23, 2019 at 1pm and 9pm.

An ode to the band’s early years, the film documents the first part of The Beatles’ career (1962-1966) – the period they toured and captured the worlds acclaim. Helmed by Oscar-winning director Ron Howard, this musical documentary explores how John Lennon, Paul McCartney, George Harrison and Ringo Starr came together to become the extraordinary phenomenon, The Beatles. It chronicles their inner workings – how they made decisions, created their music and built their collective career together – all the while, exploring The Beatles’ extraordinary and unique musical gifts and their remarkable, complementary personalities.

Touted as the channel that caters to crème de la crème of premium television audiences, MN+ strikes the right chord with high-profile international content and critically acclaimed titles. With the premiere of ‘The Beatles: Eight Days a Week – The Touring Years,’ MN+ brings to its viewers a golden opportunity to relive the 60’s.