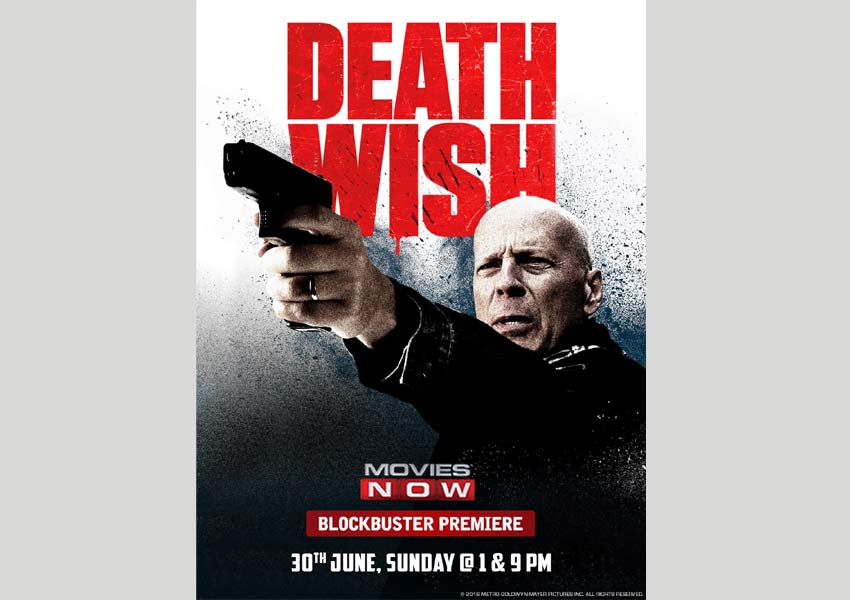 Movies Now, India’s destination for Hollywood blockbusters, has always delivered edgy, fast-paced, new age premium content to its viewers. Taking the entertainment quotient a notch higher, the channel gears up to bring the Indian Premiere of the gripping revenge thriller, Death Wish on June 30 at 1:00 PM and 9:00 PM.

The remake of the 1974 film of the same name, Death Wish sets out to be a classic revenge drama of recent times. The film chronicles around a Chicago doctor who seeks revenge on the men who attacked his family.

Directed by Eli Roth, the action-packed franchise has a robust cast including the Golden Globe award winner Bruce Willis as the lead protagonist alongside Vincent D’Onofrio, Elisabeth Shue, Dean Norris and Kimberly Elise. With the premiere of this blockbuster film, Movies Now reinforces its status as the home to the biggest Hollywood films in the country, bringing the best of the west to its audiences.