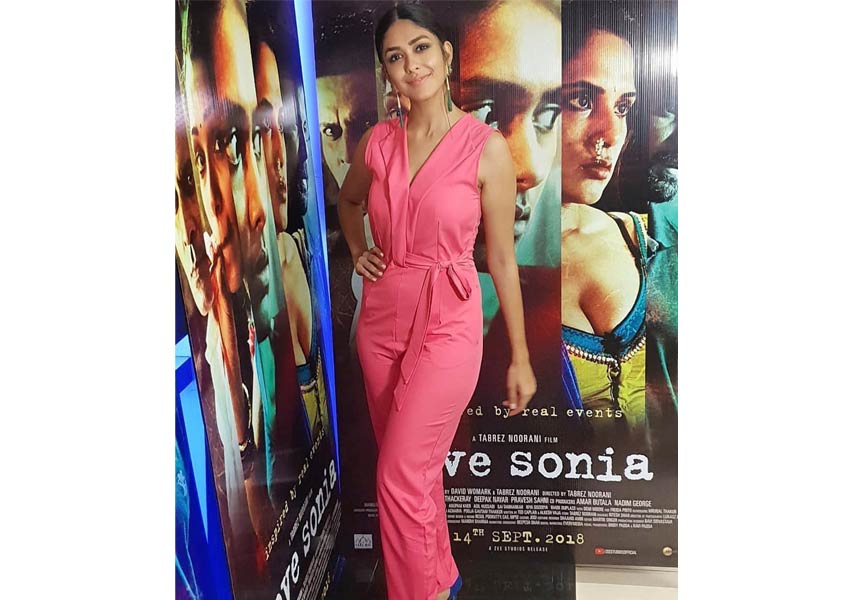 Tabrez Noorani’s Love Sonia, a film that took closely 13 years to bring to the fore will be hitting the theatres on 14th September. While the theme of the film may be hard-hitting, to keep the environment light on set, Mrunal Thakur who plays the character of Sonia would be often seen playing pranks on the cast and crew!

One such incident was when Mrunal played a prank on Sai Tamhankar’s spot boy. “Shooting in the scorching locales of Grant Road, Mrunal kept a water spray in handy always. This time, instead of cooling her face, she aimed for the spot boy. She pretended to sneeze on his face when actually it was just the water spray doing its wonders! The mighty prankster, Mrunal targeted every member on set and got away with it each time! The spot boy’s face fell but Sai continued to play along. Nevertheless, all’s well that ends well, everyone was all smiles by the end of this comical episode”, said a source.

We must say, Mrunal sure knows how to keep the humor alive even in the midst of unbearable heat!

Love Sonia is the shocking story of a young Indian village girl played by Mrunal whose life is tumultuously and irrevocably changed when she gets entrapped in the global sex trade while trying to save the one person she is closest to, her sister.