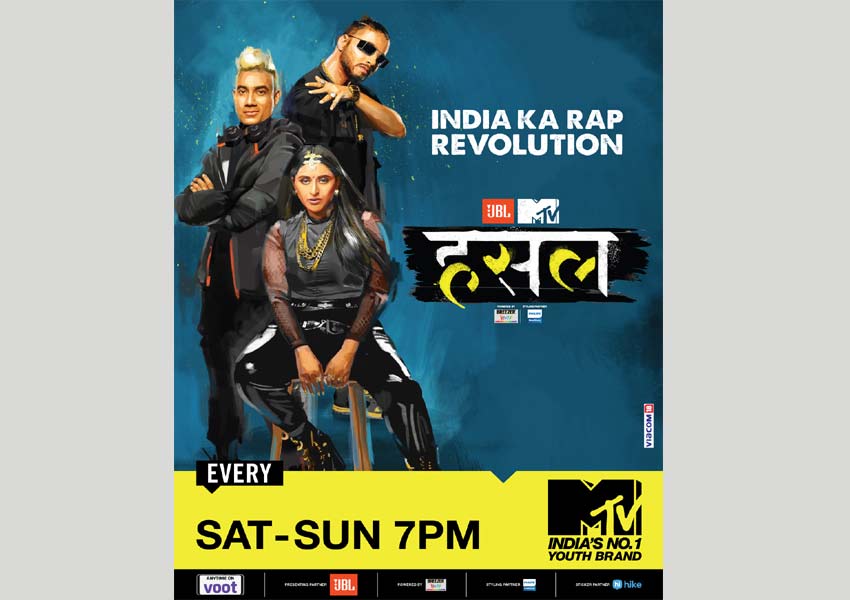 Creating platform agnostic youth content, the first half of calendar year 2019 has been rewarding for MTV. Be it with content that struck a chord, campaigns that won accolades or brand partnerships that went beyond conventions, MTV bring the best to young India.

From discovering the complexities of relationships in MTV Splitsvilla12 or learning to fight one’s own insecurities in Ace of Space to now creating the country’s first ever hip-hop talent with Hustle, MTV invariably places youngsters’ entertainment and interests at the forefront, rightfully owning the position of India’s #1 youth brand.

Speaking about MTV’s performance in H1 2019, Ferzad Palia, Head – Youth, Music and English Entertainment, Viacom18, said: “MTV is the definitive leader for youth content in India with 700mn views and 3.67 bn minutes of viewership in H1 2019, cumulatively on TV and VOOT. The first half of 2019 also saw us winning big at prestigious platforms such as Promax Asia, Goafest Abby Awards and Indian Telly Awards, amongst others.” Further elaborating on MTV’s new content line up, he added:“Incorporating the learnings from our Youth Insights report,we are introducing unique concepts such as Hustle and imbibing novelties in successful properties like Splitsvilla and Ace of Space. Experimenting with the time-slot, it’s also the first time that a marquee property like Hustle will be aired bi-weekly instead of once over the weekend.”

Continuing to be the torch-bearer of all music formats in India, MTV Hustle will foster India’s hip-hop culture for the first time through television. As India’s first-ever rap reality show, MTV Hustle is being judged by hip hop stalwarts Nucleya, Raja Kumari and Raftaar who will mentor and support the contestants. The show will witness 15 rap talents from across India, battle it out through gruelling training and competition to emerge as India’s biggest hip-hop star.

In addition to print and television promotions, the channel will focus heavily on digital integrations such as crowdsourcing the MTV Swagtantra Rap for Independence Day, collaborate with participants to create raps on topics relevant to the youth, content pieces centred around rappers, campus connect events, etc. Another first will be an exciting multi-city Hustle Cypher activation in Mumbai and Delhi. A 12 hour on ground + Digital contest across 5 colleges + 1 public location will culminate into a mega on-ground event where 15 shortlisted rappers will be judged by the best Hip-Hop artists in India.

Banking on the success of its past season with a reach of 131 million, MTV sensation Rannvijay Singha and diva Sunny Leone will once again host the 12th season of MTV Splitsvilla. With the theme of Your Best Shot at Love, contestants get the ‘dating app’ derived experience, in reality. Tasks designed to test physical, emotional and intellectual compatibility which empowers them to narrow down their search for the ideal match.Co-powered by All Fruit Juice, Manforce, Denver deodorants, and Vega Hair Styling Appliances, MTV Splitsvilla X2 is ready to premiere on August 16, 2019 and will air every Friday at 7 PM.

With a reach of 71 million in its first season, the highly successful show, Ace of Space is now set to launch its Season 2with Mastermind Vikas Gupta again on board. MTV Ace of Space S2 premieres on August 24, 2019 and will air daily at 6pm.

With a triple dose of Rap, Love and Mind Games, MTV is set to do what its known to do best – be the entertainment destination for India’s youth.