MUBI released the official trailer of THE STAGGERING GIRL 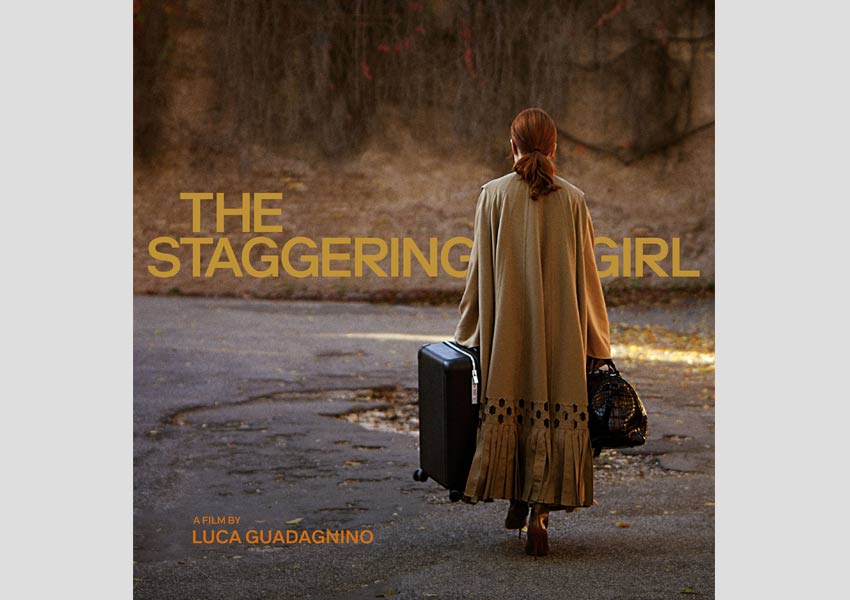 Curated global streaming service and film distributor MUBI have released the new official trailer, cut by Luca Guadagnino, ahead of the worldwide release of his short drama THE STAGGERING GIRL on 15th February 2020.

Directed by Guadagnino, THE STAGGERING GIRL was produced by Frenesy, Ibla Film, Rai Cinema, and Valentino, and written by US playwright and screenwriter Michael Mitnick (THE CURRENT WAR).

The film is based on Valentino Haute Couture created by Valentino’s Pierpaolo Piccioli and tells the story of Francesca, an Italian-American writer (Julianne Moore) who lives in New York and must return to Rome to retrieve her ageing mother. Debuting at the 2019 Cannes Film Festival, it boasts an impressive cast. Alongside Julianne Moore (MAPS TO THE STARS, STILL ALICE) appears Mia Goth (SUSPIRIA), KiKi Layne (IF BEALE STREET COULD TALK), Kyle MacLachlan (TWIN PEAKS), Marthe Keller (MARATHON MAN) and Alba Rohrwacher (HAPPY AS LAZZARO).

Oscar-winning composer Ryuichi Sakamoto provides the music for the film and returning to collaborate once again with Guadagnino who is the acclaimed cinematographer of CALL ME BY YOUR NAME and SUSPIRIA, Sayombhu Mukdeeprom.

THE STAGGERING GIRL will stream worldwide exclusively on MUBI (excluding Italy, China, Japan, and Russia) from 15th February 2020. Milan Records will release Ryuichi Sakamoto’s score from the film digitally on 14th February, with a vinyl edition to be released soon.