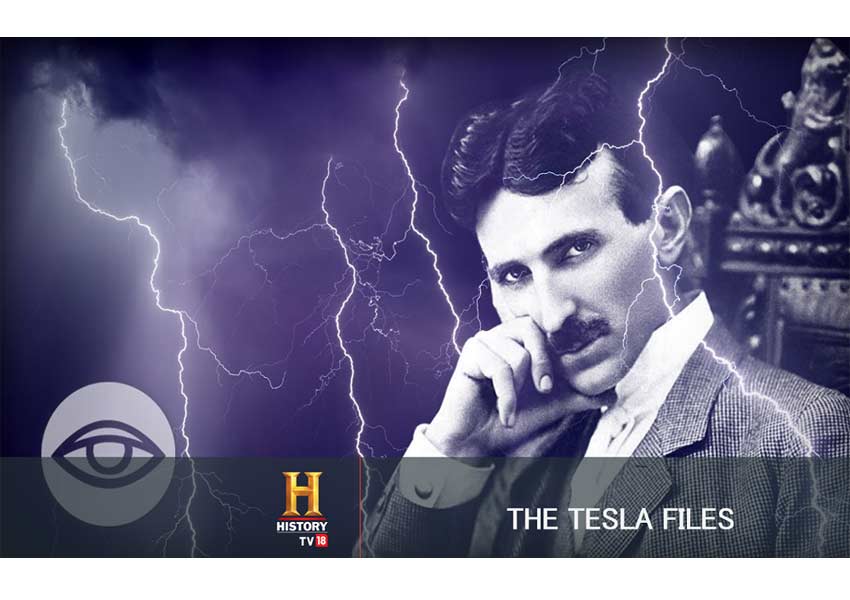 HISTORY TV18 takes you to investigate the same, with ‘The Tesla Files’ airing 7th September, 2018 at 10 PM.
Serbian-American engineer and physicist Nikola Tesla made dozens of breakthroughs in the production, transmission and application of electric power. He invented the first alternating current (AC) motor and developed AC generation and transmission technology.
The inventor died alone January 8, 1943, in his New York hotel room. Although reports say he died from heart failure, within hours of the discovery of his body, witnesses curiously observed a variety of people arriving to the scene including close associates, professional opponents and government agents.
Tesla is believed to have left behind a massive cache of private files containing theories, journals, and hundreds, if not thousands, of groundbreaking designs for technological inventions including wireless electricity, spaceflight, electric cars, space age weapons and anti-gravity machines. If the files do exist, the question remains if they were part of a conspiracy to end the life of a man ahead of his time.
A new investigation driven by declassified CIA documents suggests a secret history of bitter rivalries, government conspiracies, Cold War and WW2 spy craft, extra-terrestrial communication, and amazing achievements of a truly gifted man – Nikola Tesla.
The five episodic series will take you to help unravel the mystery of inventor Nikola Tesla’s missing files, which were confiscated by the U.S. government after he died in 1943.
Catch the unfolding of The Tesla Files only on HISTORY TV18 on 7th September, 2018.