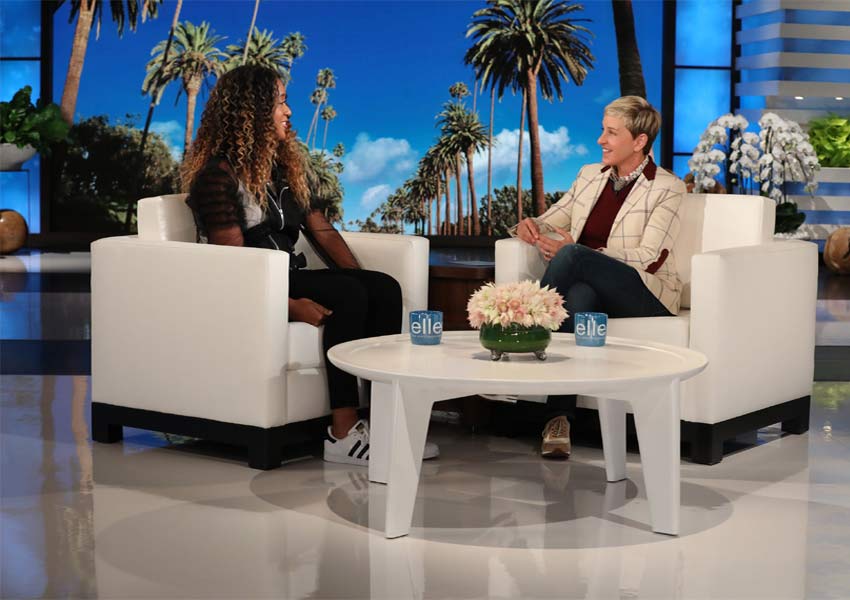 Fresh off her historic win of Grand Slam singles title Naomi Osaka, opens up about defeating Serena Williams in the U.S. Open final and discusses her experience during the controversial match. Naomi reveals she was practicing her victory speech when she put the towel over her head after she won and share what Serena whispered to her when she received the trophy. While asking, the tennis champion a series of rapid questions, Naomi admits her celebrity crush is Michael B. Jordan, so Ellen tries to play matchmaker. Then, the 20-year-old tells Ellen she plans on buying a television for her parents with some of her $3.8 million prize money, but Ellen surprises her with a brand-new 65” TCL Roku TV, so she can spend it on something else.

Ellen talks about how excited everyone is about LeBron joining the Lakers and the basketball icon invites both Ellen and Channing to a game. Channing tells Ellen the weirdest body parts fans have asked him to sign his autograph and how uncomfortable it makes him now that he has a daughter. The men chat about their kids and Channing’s experience going through the terrible threes with his daughter, Evie. The co-stars also discuss their upcoming animated adventure film, “Smallfoot.”

LeBron talks about his recently opened I Promise School in his hometown of Akron, Ohio, a public school for at-risk students, and the unbelievable feeling of making his dream come true of helping kids realize their potential. Plus, don’t miss as Ellen challenges LeBron and Channing to ridiculous dares and raise $100,000 for the I Promise School, courtesy of Walmart.