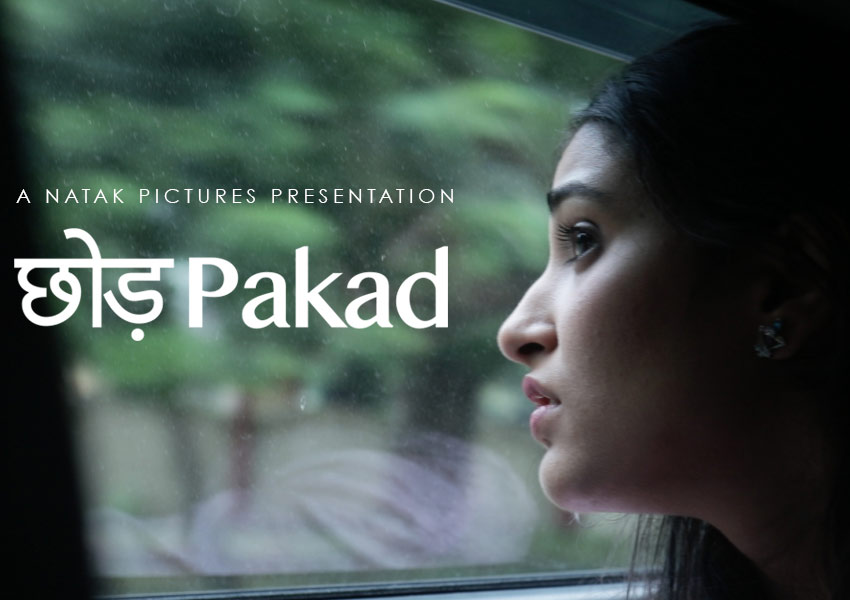 Natak Pictures welcomes the New Year with its brand new short film Chhod Pakad, a story of chasing and letting go of a long awaited dream. The Delhi-based film studio premiered the short on YouTube, recently and is receiving continued appreciation.

Conceptualized and directed by Rahul Bhatnagar, ‘Chhod Pakad’ is a story of a simple small-town girl Kusum whose only wish is to sit on an airplane and make her first air travel. Subtly yet sweetly bringing to light the little desires and aspirations of a middle-class couple, Shobhit Singh has made his debut in writing with Natak Picture’s first short film for the year 2020.

Speaking on the release of the film, Rahul Bhatnagar says, “ Chhod Pakad is a film very dear to the entire team. Coming from humble backgrounds, we all cherish our first flight experiences, to an extent that we decided to make an entire film on the theme. The short film was made with one single aim of bringing a smile on the viewers’ faces, and we are hopeful of being successful”.

The film also introduces a hilarious love-hate angle with doodhwala (milkman), whose character has been effortlessly played by the talented YouTube sensation Ankur Pathak.

The simple plot of the film has been strongly magnetized by its background score, diligently composed by Hyderabad-based music studio-Mystic Alankar.