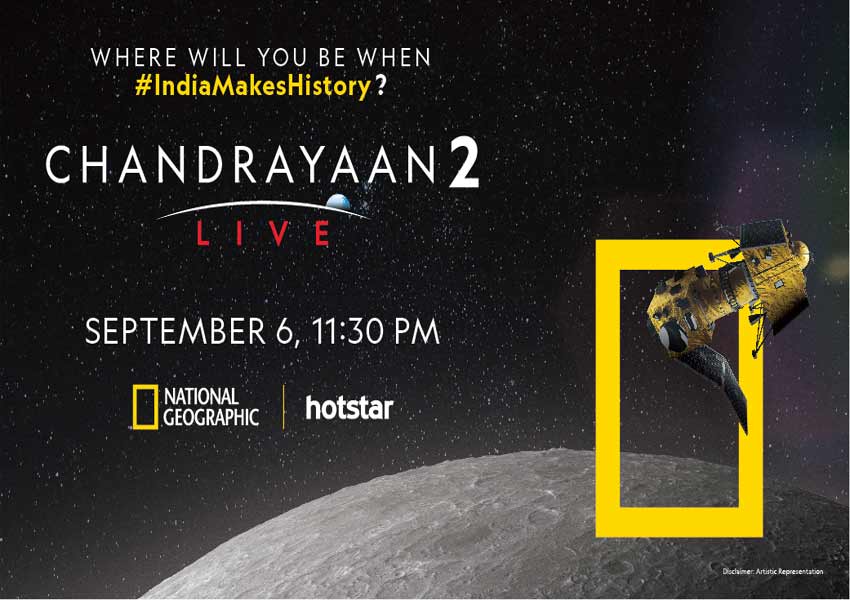 National Geographic is now all set to take its viewers on a once in a lifetime expedition to witness a historic event in the country’s space endeavours – the Chandrayaan 2 soft landing on 6 September, 11.30 pm. National Geographic also plans to do this with utmost authenticity, and is bringing in NASA astronaut Jerry Linenger in an exclusive live show where he will share his experiences in space.

An astronaut narrator and space analyst, Jerry is known for surviving a fire during one of the most dramatic missions in space history, Linenger spent nearly five months aboard the Russian Space Station Mir. He was also expert witness for the worldwide blockbuster Nat Geo ten-part series, One Strange Rock, which focused on the “against all odds” creation of planet Earth and of the emergence and sustainability of life on the planet. Through Jerry’s experience, we will understand the Chandrayaan 2 mission better and its importance for humanity as a while.

From showcasing landmark events such as ‘Mangalyaan: India’s Mission to Mars to documenting many other historic moments in space, National Geographic is taking a leap further to celebrate India’s scientific ingenuity and how it is carving a mark for itself globally. The milestone event will also include spectacular visuals, trivia and expert interviews that will demystify the mission in an immersive and entertaining way.

Commenting on the Chandrayaan 2 Live, Jerry M. Linenger said, “India’s contribution towards space exploration over the years has been instrumental in unravelling discoveries beyond earth.  Chandrayaan 2 is a breakthrough mission that will enable us understand the presence of water on the moon. This is not to benefit India but mankind across the globe.  I am excited to be witnessing this historic moment in India and will urge all citizens of the earth to witness India making history.”

Commenting on the premiere of Chandrayaan 2 Live, National Geographic spokesperson said, “We have been meticulously planning to bring this historic event to our viewers in an immersive and entertain fashion. Our special live programming on Chandrayaan 2 brings together the very best of National Geographic storytelling and we are thrilled to have NASA veteran Jerry M. Linenger onboard on this quest to understand the mission better.”

The show will broadcast live on National Geographic and Hotstar on September 6, 2019 at 11.30 pm. The show will continually be available to viewers on Hotstar, anytime anywhere.

Thanos might want to hide his head this Women’s Day