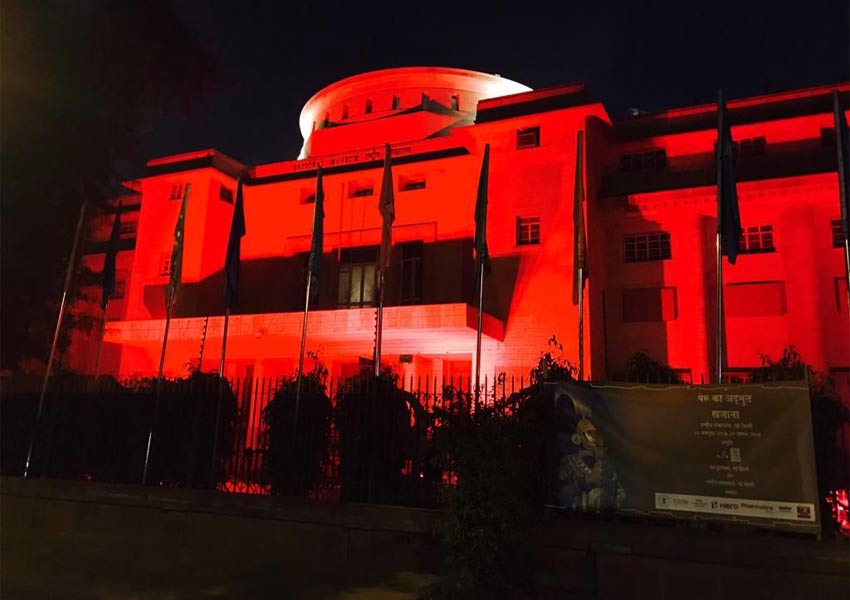 In National Geographic’s new season of the acclaimed series MARS, which premiered on Saturday, experts like Elon Musk and former chief scientist of NASA explain how Mars will be that home soon. While the series focusses on how humankind will survive on the new planet, National Geographic is also trying to highlight another important issue connected to this – the subject of preserving our current home, Earth. To raise awareness around the planet’s depleting resources, National Geographic illuminated iconic monuments red on 17th and 18th November, to awaken people with a powerful message – ‘The Future is Red’.

The iconic structures used to spread this important message are some of India’s most visited and photographed monuments, including Worli Sea Link and Gateway of India in Mumbai, The National Museum and Signature Bridge in Delhi. These icons were turned red, followed by the message of ‘The Future is Red’ in the evening over the weekend. In this initiative, the monuments, which represent our heritage, become a moving medium to highlight the message that the future is red for us, unless we take responsibility for our past and present.

Produced by Academy Award winners Ron Howard & Brian Grazer, MARS – dubbed impressive, inspiring and scientifically honest by critics – combines expert opinions from space exploration pioneers with dramatic visualisation to showcase how humans will survive living on Mars, once we colonise the planet. The series highlights how humankind will face similar problems on Mars as it is facing currently on Earth, due to making the same mistakes. It highlights a spectrum of events that are currently compromising life and the environment on Earth: drilling, glacial melting, rising sea level and indigenous health epidemics which surface when the permafrost melts.

Gayatri Yadav, Head-Consumer Strategy and Innovation, Star India said, “With evolving science and technology, humankind has taken tremendous strides towards our next big frontier – the Red Planet.  The new season of MARS, gives an in-depth view of how our lives will be on the planet. While our show celebrates humankind’s insatiable spirit of exploration, we also wanted to spread awareness about the fact that we are doomed to have the same fate on any new home, unless we take responsibility for it. National Geographic has always been a powerful voice that awakens people to change, and with this audacious initiative to turn our iconic monuments red, we want to highlight the importance for each and every one of us, to make informed choices to save our planet Earth.”

The new season of MARS was launched on the 17th of November at 9 pm on National Geographic & Hotstar.