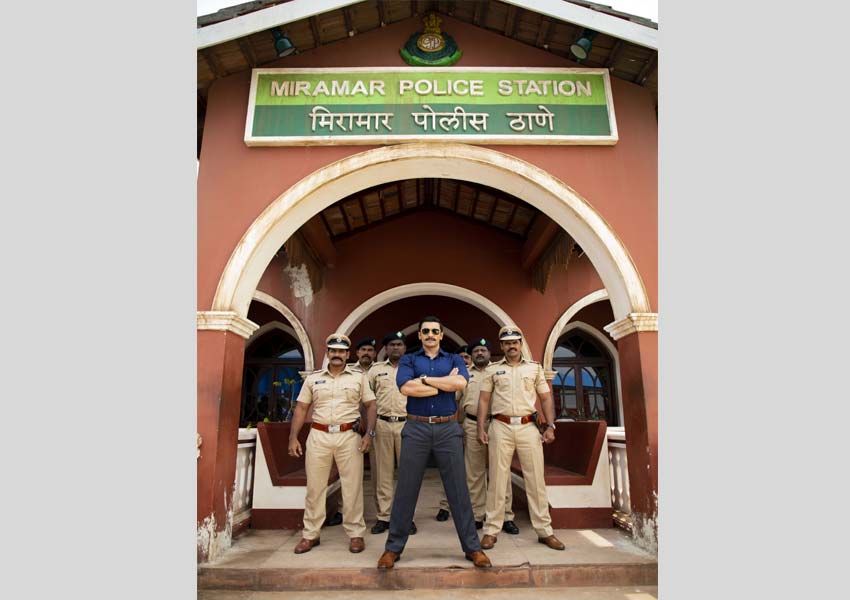 Navin Shetty known for his notable work in Singham, Singham Returns, Golmaal 3  Golmaal Again amongst other films has been part of Rohit Shetty’s team for over a decade. And now the celebrated designer has styled the dynamic Ranveer Singh for Simmba .

Ranveer’s look in the film is quite distinctive from other cop films in the past. The larger-than-life character required a lot of styling and experiments. From quirky colors to sunglasses and stylish watches, Sangram Bhalerao is the new age cop who will be seen doing fisticuffs but in style.

On working with Navin Shetty, Ranveer Singh states, “The one thing that stands out to me is his work ethic. He stays low profile and doesn’t find the need to impose his presence on people. He quietly and diligently works relentlessly behind the scenes without making a big fuss about himself and his contribution. With Simmba i think he’s done his best work till date. The costume design feels so authentic, that one unconsciously begins to invest in the world of the film. You start believing these characters are real because they are styled in a way that makes it all look unquestionably seamless. Navin Anna’s work helped me immensely in building the character as well. The minute i put on the clothes for the character, i started walking and behaving differently. There was authenticity down to every single detail , an external tool that helped me internalize the character. That’s testament to Navin Anna’s attention to detail – a constant that makes his work truly stand out. Even as an actor, your constant endeavor is to make an audience believe in the character and the story. Navin Anna does that with his costumes. He makes everything feel real in a make-believe world! Its magic!”

Dhvani Bhanushali, The voice behind the hit numbers of 2018
MediaInfoline Jan 07