Nawazuddin Siddiqui to lend his voice for Discovery JEET’s film 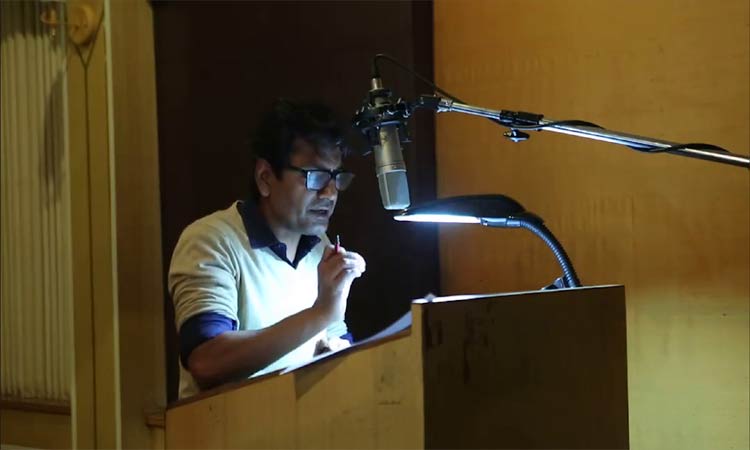 Discovery Communications India has roped in Bollywood star Nawazuddin Siddiqui to lend his voice for the brand film of soon to be launched entertainment channel – Discovery Jeet. Conceptualized and written by Glitch and produced by Two Nice Men Mediaworks, the film is called ‘Look, who’s watching!’ The film captures the evolution of time from Television’s perspective and highlights the evolution of consumption pattern as the time goes by. The film captures the evolution from the black & white era when the entire family used to sit together every evening and enjoy limited entertaining content available; to the era where consumers had plethora of options for entertaining content; to now where video consumption is increasingly becoming very ‘individual centric’ with the advent of Mobile phones and tablets and sets the platform for the launch of Discovery JEET – a channel that promises to offer purpose driven entertainment content and bring back the glory days of Television with families coming together to enjoy television shows together.

Sameer Rao, VP-Head of Mass Entertainment-South Asia, Discovery Communications India, said, “Nawazuddin’s story is inspirational, an extra ordinary tale of someone who made it possible with ‘hai mumkin’ attitude. The depth of his voice helps in connecting the viewers with the times gone by and convey Discovery Jeet’s proposition.”

“The film took me back to the growing up days when the antenna was ubiquitous; the black & white TV which led to colorful family emotions that played out every evening. Somehow, the fervor for TV is no more the same. It is time to get it right with purpose driven entertainment content for family viewing that Discovery Jeet offers,” says Nawazuddin Siddiqui on lending his voice for the film. “Discovery Jeet’s philosophy of ‘Hai Mumkin’ reminds me of my struggling days. I belong to a family of farmers from a very small village, Muzaffarnagar in Uttar Pradesh. There wasn’t much scope for education there so I moved to Delhi and joined the theater. Since there was no money in theatre I had to take up a small time job. I could have easily given up chasing my dream but my continued belief in “Hai Mumkin” got me this far.”

Tags:
Previous Article
Everything you need to know about Max Fashion ‘End of Season Sale’
Next Article
Usha Sports Championship for the Blind 2018

Taproot Dentsu Churns Out A Sweet Entertainer For The Discovery Pack