Premiere of Q’s Brahman Naman in Collaboration with Netflix 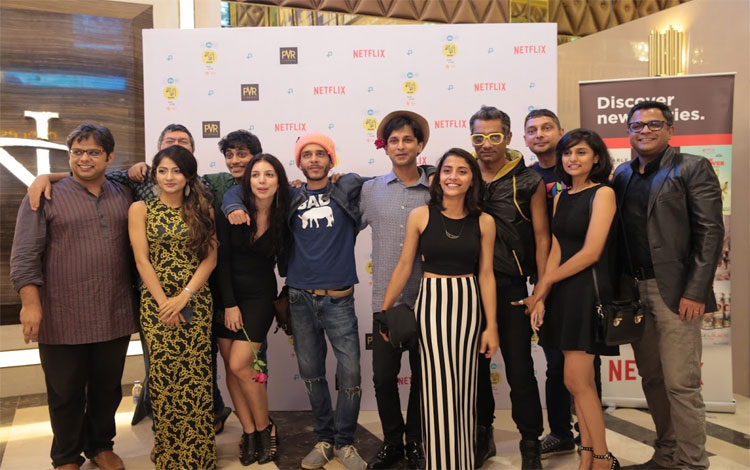 The post screening Q & A session with Director Q writer Naman Ramachandran and Shashank Arora was moderated by writer-director Vasan Bala. It was insightful and humorous, giving the audience a peek into the making of the movie. Q spoke about his unique approach to filmmaking in which he first works on the music and then lens selection. He also spoke about the acting workshops that were led by Tanmay Dhanania – a graduate of the Royal Academy of Dramatic Art (RADA). Writer Naman Ramachandran remarked that getting permission to use songs of Jethro Tull and Rod Stewart was easy, but they did not get consent to use songs of popular music directors Ilaiyaraja and Hamsalekha. Editor Manas Mittal was of the opinion that people should support initiatives like Jio MAMI Film Club With Star as they help films like Brahman Naman to get made and be seen by audiences.

Q lived up to his reputation of agent provocateur with his parting remark, “Brahman Naman is out on July 7. Tell your friends, don’t tell your family!”