Award-winning documentary- The Price of Free globally released on YouTube 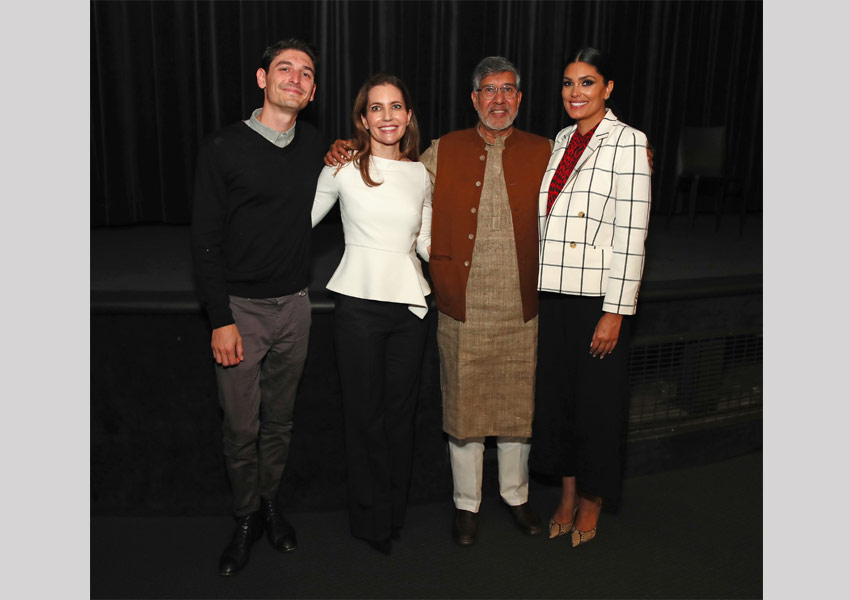 Award-winning documentary – The Price of Free – featuring a slice from the life and work of Nobel Peace Laureate Kailash Satyarthi to end child slavery has been globally released on YouTube. The 93-minute documentary shows bone-chilling, daredevil, secret raid-and-rescue operations, keeping audiences on the edge of their seats. Kailash Satyarthi’s noble mission and selfless work, captured on film, exposes the plight of young children who are trafficked for forced labour. The film also apprises audiences of the grave threats and attacks that Mr. Satyarthi and his colleagues have endured over the past four decades in an endeavour to rescue and restore childhood.

The film shows LIVE raid operations led by Kailash Satyarthi, showing the relentless work of Bachpan Bachao Andolan – a movement on the forefront of protecting the rights of the most marginalized children. Shot in sweatshops operating out of narrow lanes and dark asphyxiating dungeons the film captures some of the most deplorable working conditions in India in an attempt to show the magnitude of the burgeoning child slavery issue that affects both developing and developed countries alike.

Mr Satyarthi states, “The film is a humble tribute to my colleagues Dhoomdas, Adarsh Kishore and Kalu Kumar, who sacrificed their lives in the line of duty without demur, selflessly fighting for children’s rights till their last breath. I call upon everyone to watch this film and work with us in creating a world where all children are free, healthy, safe and educated.”

The film’s celebrated director Derek Doneen, who shot the film over the last two years, says, “I was shocked to read about Kailash and his work because I didn’t know anything about it. We followed him and understood the issue as much as we could. This intimate, suspenseful film follows one man’s journey to do what many believed was impossible.”

The film exposes the modus operandi of child traffickers and provides audiences with an opportunity to understand and reflect on why millions of children are trapped in child labour and slavery, with the tools to invest, advocate and lead change in their community and around the world.

Kailash Satyarthi Children’s Foundation (KSCF) aims to take this film to tens of thousands of schools and colleges in India to spread awareness about this issue. The film highlights the herculean challenges activists face while undertaking raid-and-rescue operations to free children from slavery. Much beyond just talks and arm-chair activism, the film poses some really tough questions to companies and consumers awakening their conscience towards protection of child rights.

Activists confront daily challenges in convincing the police and law enforcement agencies about child labour before raid-and-rescue operations are rolled out. The film is an ode to the resilience, patience and perseverance of thousands of people and unsung activists quietly working on the ground despite threats and attacks by traffickers.

“Despite numerous attacks and vandalism we have never deterred from freeing every child, nor compromised with non-violence. This film ignites compassion, hope and courage; builds responsible consumerism; and calls for child-labour-free production and supply. It also inspires law makers and enforcement agencies for a sense of urgency for our children,” Mr. Satyarthi asserts.

The first trailer of The Price of Free was released by Participant Media, Concordia Studio and YouTube on 7 November.  The film will help audiences understand the plight of millions of children trapped in child labour and slavery, further galvanizing social and political circles in curbing these crimes against children by advocating and leading change in their communities and around the world.

Premiering at the 2018 Sundance Film Festival, the film won the US Documentary Grand Jury Prize and is co-produced and co-financed by Participant Media and Concordia Studio.