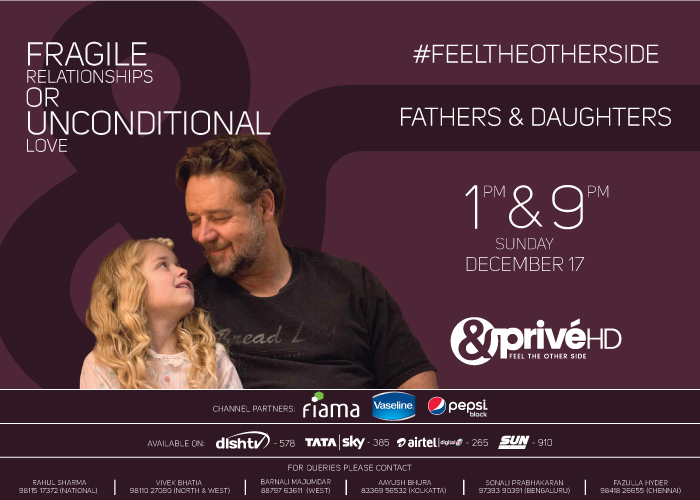 &Privé HD, the newest destination for nuanced cinema, is all set to bring the Indian television premiere of the heart-warming film, ‘Fathers and Daughters’ on 17th December at 1:00pm and 9:00pm. The film is directed by Gabriele Muccino and boasts of a star-studded cast of Russell Crowe, Amanda Seyfried, Diane Kruger, Aaron Paul, Octavia Spencer and Jane Fonda amongst others.

Fathers and Daughters follows the life of Jake Davis (Crowe), a Pulitzer Prize-winning novelist whose world comes apart when a car crash kills his wife but spares his young daughter, Katie. The accident leaves Davis with a severe head injury, subjecting him to violent, epileptic-like seizures, forcing him to check into a hospital, leaving Katie with her wealthy aunt and uncle. The movie also narrates Katie’s life 25 years on, which is continually intercut into the first story. In her mid-twenties, Katie (Seyfried), a social worker, is still reeling from her troubled childhood, which continues to influence her adult life, as she is unable to form real relationships.

Crowe and Seyfried deliver moving performances in this touching film about the complexities of a parent and child relationship.

To catch the Indian television premiere of ‘Fathers and Daughters’, tune in to &Privé HD on Sunday, 17th December at 1:00PM and 9:00PM. 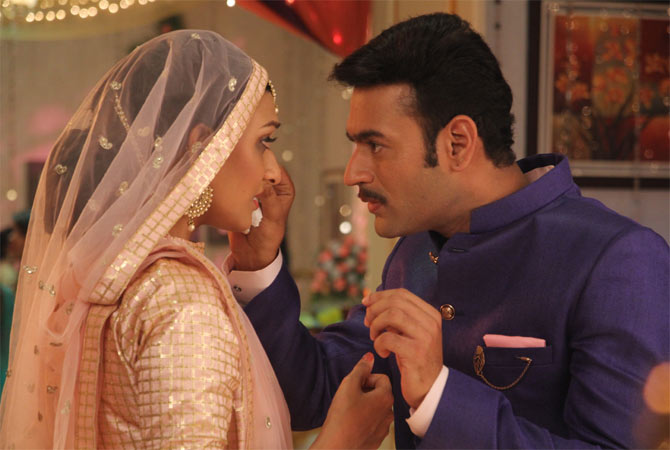