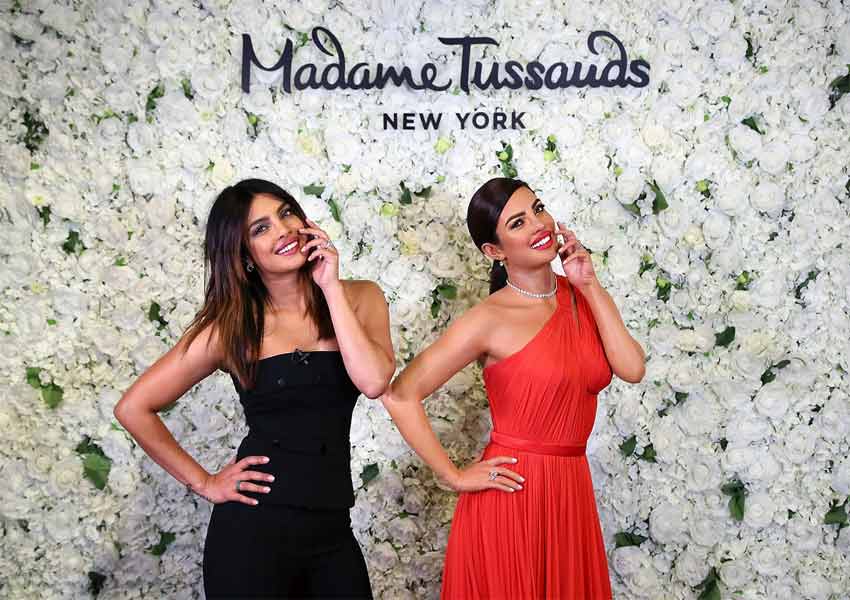 Ahead of the Valentine’s Day release of the highly-anticipated comedy “Isn’t It Romantic”, Priyanka Chopra felt the love launching her first-ever Madame Tussauds figure in her adopted-home of New York City. Truly a global superstar, the collaboration will see the actress and humanitarian immortalized across four continents, with figures also launching in London, Sydney and Asia, in 2019.

“It is absolutely a dream come true to be immortalized by Madame Tussauds,” Priyanka Chopra said, “To launch this figure in New York City is mind-blowing and I am so honored and thrilled that I will also soon have a presence in London, Sydney and Asia,” Priyanka said.

A star of over 50 films whose acting prowess has taken Hollywood by storm, Priyanka is a passionate advocate for women’s issues and equality and a UNICEF Goodwill Ambassador. Known for shutting down any red carpet with her style and beauty, fans from all over the world can party with Priyanka in Madame Tussauds New York’s A-List Party Room.

“IIFA has shared a strong relationship with Madame Tussauds for many years and we’re excited to continue the fusion of the Bollywood Film Industry with the interactive, famous fun offered at Madame Tussauds attractions worldwide. It’s our honor to be a part of the creation of these four figures to be enjoyed by Priyanka’s global fan following.” Andre Timmins – Founder, Director – IIFA (International Indian Film Academy) and Director- Wizcraft International.