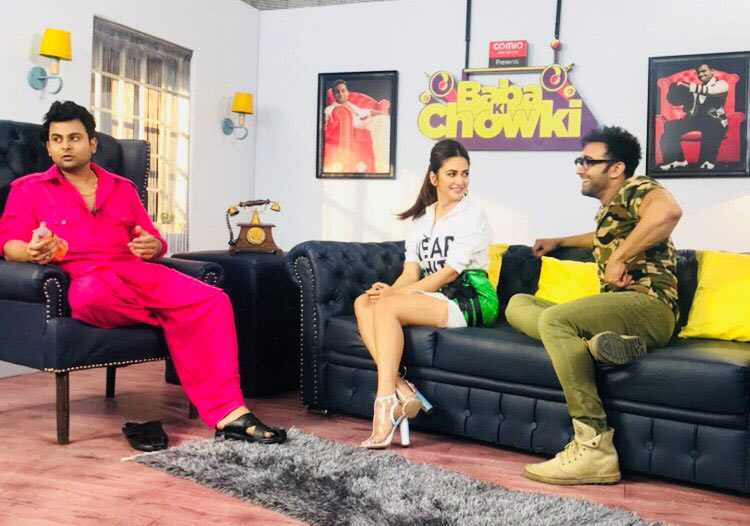 The chocolate boy of Bollywood, Pulkit Samrat, recently visited the sets of MTV Beats show, Baba Ki Chowki, along with his Veerey Ki Wedding co-star, Kriti Kharbanda. As the two star were in full swing to promote their movie while chatting with show host and comedian Sanket Bhosale a.k.a Baba, Pulkit turned into a teacher and taught Kriti to whistle. Baba’s big fan, Pulkit Samrat and the beautiful Kriti made the upcoming episode of Baba Ki Chowki super entertaining with their charm and humor. In the past, many celebrities, from Bollywood ka Bhai, Salman Khan, to the Pattakka Guddi, Alia Bhatt, have made their appearance on Baba Ki Chowki. As the host of the show and comedian, Sanket Bhosale a.k.a Baba, leaves no chance to leave everyone in splits with his humor, all B-Town celebs loves visiting Baba at his ‘Chowki’.