PVR Pictures brings, ‘The Informer’, to Indian screens on 10 January 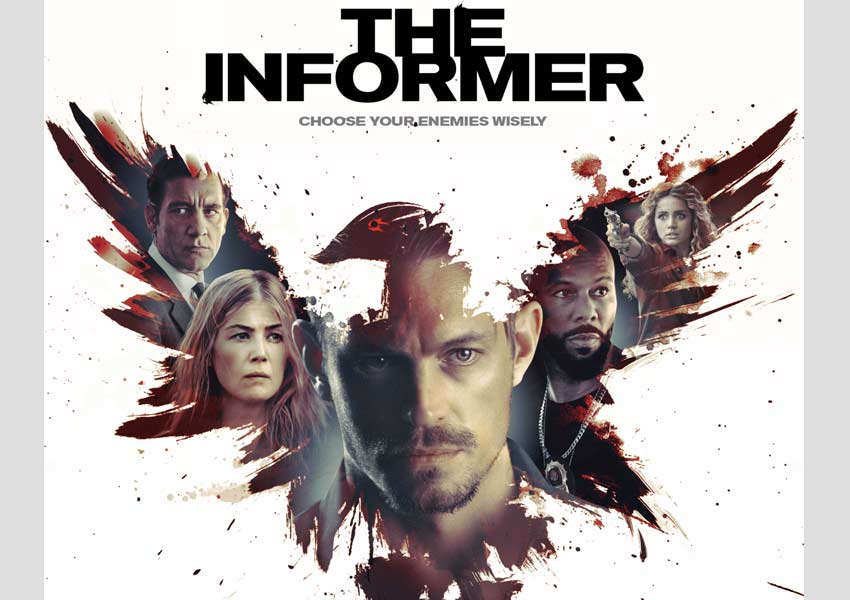 Drama thriller ‘The Informer’ is all set for its release in India on the 10th of January 2020. Brought to India by PVR Pictures, the movie is inspired by the novel – Three Seconds by Swedish bestselling writer duo Roslund Anders and Borge Hellström. The movie revolves around Pete Koslow, played by Joel Kinnaman, an ex-convict, working as an informant for the FBI to help dismantle the Polish mafia’s drug trade in New York.

Former Bond girl, Rosamund Pike who is an Oscar, BAFTA, SAG Awards and Golden Globe nominee essays the character of Erica Wilcox in the film. Oscar nominee and Golden Globe winner, Clive Owen is also a part of the star studded cast, portraying the role of Agent Montgomery in the movie along with iconic actor and activist, Common who also has a Golden Globe, an Oscar, an Emmy and a Grammy to his credit. The movie is produced by Basil Iwanyk, best known for the John Wick and The Expendables franchise.

The trailer of ‘The Informer’ has successfully managed to drop jaws and create immense curiosity amongst the audiences and actor Joel Kinnaman’ super heroic acrobatics have upped the thrill quotient of the film. ‘The Informer’ promises to bring to you conspiracy that will definitely send chills down your spine and keep you hooked on the edge of your seat.

Watch the exciting crime thriller, ‘The Informer’ this January at a cinema near you!