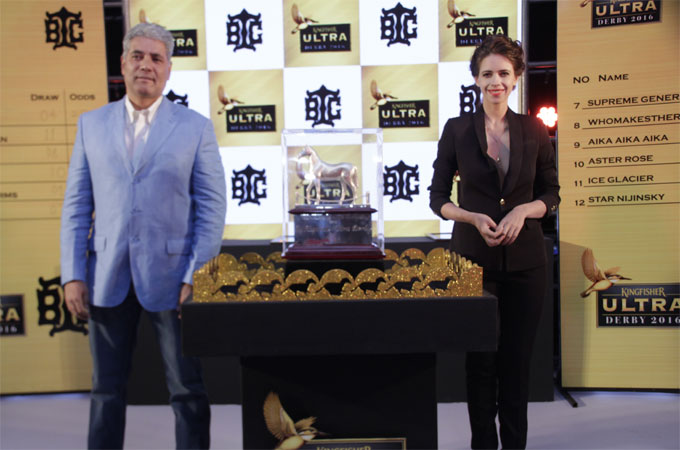 Marking the commencement of the season’s most sought after racing event – The Kingfisher ULTRA Derby Bangalore, 2016, got the ball rolling with a star-studded evening that was well attended by an illustrious soiree of fashionistas, socialites and top-class racing enthusiasts, discussing all things fashion and equestrian at the Taj West End today.

The guest of honour for the evening was the classy, ultra-modern and confident Actress Kalki Koechlin, considered to be an icon because of her refreshing sense of style and acting prowess. She set pulses racing as she drew out names of horses at the ‘Draw of Lots’ for the Kingfisher ULTRA Derby that will be held on Sunday. The draw of lots determines the lane allotted to the horses for the race day. The evening was also attended by the owners, trainers & jockeys.

This event was followed by the unveiling of the prestigious Joule, a regal gold clothing ornament with black detailing, which will be draped on the winning horse at the Kingfisher ULTRA Derby, Bangalore 2016.

Speaking on the occasion, Samar Singh Sheikhawat, Senior Vice President, Marketing, United Breweries Limited said, “The Kingfisher ULTRA Derby Bangalore Kingfisher Derby is one of the most awaited events in the city. The ‘Draw of Lots’ is an electrifying assemblage of sport, fashion, fun and high energy. What we witnessed here today is only a prelude to the excitement that follows on race day. The ‘Draw of Lots’ has been the star event in the run up to the Kingfisher Derby as it is the deciding factor of horse positions. We are immensely happy to have the very talented Kalki Koechlin with us to kick-start the celebrations!”

Speaking of her experience, Actress Kalki Koechlin said, “I have always been fascinated by horse racing and that is what brings me here to the Kingfisher ULTRA Derby’s ‘Draw of Lots’. Known for its 29 years of rich legacy, Kingfisher ULTRA Derby is the most stylish and sought after racing events in India and it gives me immense pleasure to be part of the Draw of Lots tonight. I look forward to witness the excitement and charm of the sport along with the high fashion quotient displayed and would like to wish all the contenders all the very best.”

All roads will lead to the Bangalore Turf Club this Sunday, July 10, as the city’s who’s who make their way to the Kingfisher ULTRA Derby Bangalore 2016 – an event that is marked well in advance by race enthusiasts and the fashion soiree of Bangalore. Unparalleled thrill combined with a dash of glitz and glamour, the Emperor of Good Times- Kingfisher ULTRA is bringing racing enthusiasts from across the country on one platform. Only the finest thoroughbreds race to the finish for the coveted trophy and prize purse– the Silver Horse!” 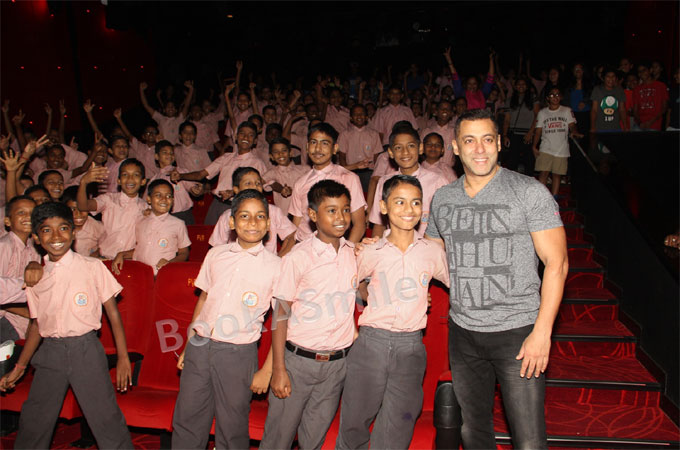