Rahul Bhat- The Chameleon from Kashmir 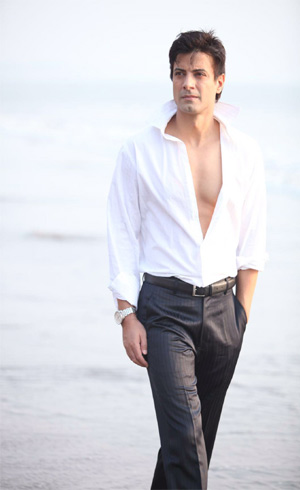 Rahul Bhat is perhaps one of the most underrated actors who is getting his due after being rediscovered by Anurag Kashyap in Ugly and after following it up with stellar performances in Abhishek Kapoor’s Fitoor opposite Katrina Kaif and Prakash Jha’s Jai Gangajal with Priyanka Chopra. Having garnered huge critical acclaim for all his performances, Rahul Bhat has finally found his footing in the ever shifting sands of Bollywood and been christened The Chameleon From Kashmir.

With the critically acclaimed Canadian film Union Leader bagging awards in major international festivals and Rahul becoming the first Indian Actor to be cast as a main lead in a mainstream Chinese film produced by China International Art and Business Alliance, True Hero’s, The young actor seems to have already forayed into the global cinema market.

And now Rahul will be seen playing the iconic role of Dev in multiple award winning director Sudhir Mishra’s Daas Dev which is touted to be a reverse take on DevDas.

Sudhir Mishra who has coined the term Chameleon from Kashmir for Rahul says, “Rahul is distinctly different in every role he plays. In Ugly, the equation his character had with his wife and kid was so unlike the way he is in real life. Every actor always has the choice to either work for himself or for the script. Rahul always takes decisions that make the script better.”

Rahul says, “I chose to walk a different path, to do meaningful cinema that is also commercially viable. I believe that I am on the right side of history because I have chosen to support strong female performances in films like Fitoor and Jai Gangajal with my calibre. I know some other actors shy away from being cast with strong women in strong roles but that’s not me. I’m a 21st Century man.”

Prakash Jha added, “Rahul Bhat is a very committed actor. He is professionally very competent but more than that, it’s his commitment to his craft and the art of acting. He brings in a lot to explore his character and consistently surprises you. I really enjoyed working with him.”

And what about the man who rediscovered this dynamic talent who is making his presence felt in all forms of cinema? Anurag Kashyap adds with gusto, “It’s a treat working with Rahul. He is the sort of actor who immerses himself in his character and loses himself to the moment. He brings honesty to his performances. In fact, I remember a time when we had to do a scene for Ugly and Rahul cried for an hour and I like a greedy filmmaker shot him even though it was just a 10 second shot in the movie. Rahul to me is a true director’s actor.”

Produced by Sanjeev Kumar of Saptarishi Cinevision and Presented by Gaurav Sharma of Storm Pictures the film is slated to release on the 20th of April.