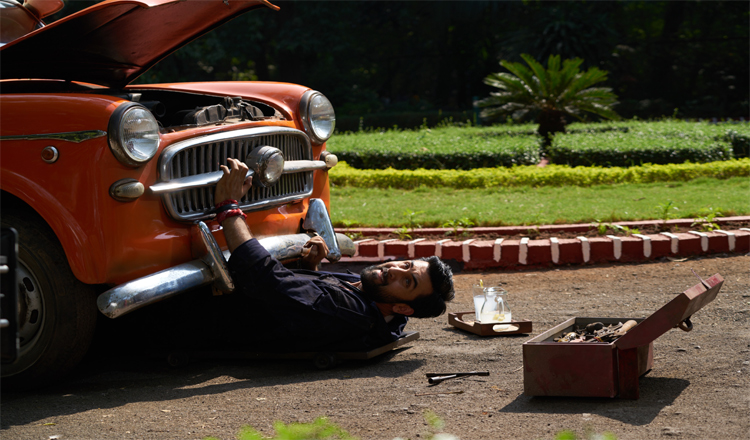 Got your attention right! Seems like it has been roller-coaster time for Ranbir with one mishap after another. First he was stranded in the sea then he was hospitalized and now trapped under a car!!

What can lead to a superstar like Ranbir Kapoor being trapped under a car? Bizarre huh! Wonder what happened? Don’t fret we are here to clear your confusion. Heard from sources close to Ranbir that he has taken up the task to restore a vintage car. Last year, there was news around Ranbir Kapoor driving a vintage car in one of his movies. Apparently, Ranbir finds them very sexy and really wanted to get a classic model soon. Guess the search is over and Ranbir has finally got his hands on one. Here’s where it gets interesting, the situation was either you get down and dirty and fix the car yourself or get it restored by a professional. The versatile actor, known to take up challenging roles in his career took matters in his own hand and very smoothly took the role of a mechanic with the aim to fix his vintage beauty. When asked, the tinsel town favorite in his trademark humorous manner said, “It is something that I want and I haven’t worked on a car before, it is an exciting challenge and I never back down from one. What happened eventually is another story.” Sadly, the actor’s enthusiasm and excitement to fix the car ended up with him trapped under the car. When asked about the sticky spot that he had gotten himself into, Ranbir said, It is all about wicked, naughty and mischievous love and it is for this love that we are willing to take up different roles even that of a mechanic. One thing not to miss though is how HOT Ranbir Kapoor looked even though trapped under a car in a blue mechanic overall.

Spoiler alert! You bought that didn’t you? This was all for a shoot, Ranbir is not fixing cars himself, and he is fit as fiddle. We believe this shoot was for an upcoming film where Ranbir plays a mechanic for the first time. The Rockstar of Bollywood was seen totally in the skin of the character during the shoot.  Ranbir, who is all excited to play a mechanic, said, “It was so much fun shooting for this film especially with the super cool Nani. She is so much fun to work with, complex ho raha tha yaar  aur woh jo gaadi chada di mere pe, crazy it was! Solid maza aaya yaar, too much craziness happening throughout the shoot. Consumers are in for a treat as Lay’s ka aisa humor aur story telling kisi ne abhi tak nahi dekha. It’s a wicked concept revolving around wicked love. It depicts how far you can go to get what you love; in a naughty and mischievous way of course. Life mein thoda crazy toh hona chahiye.” 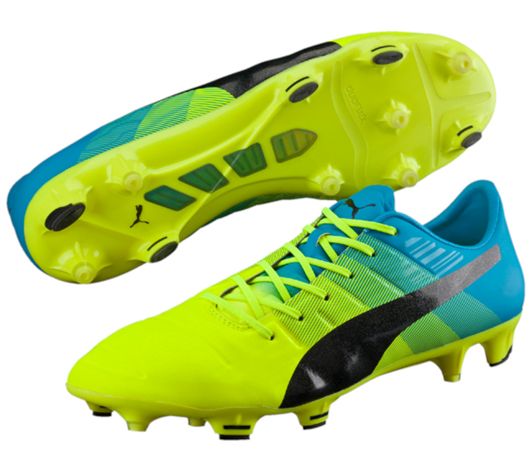 Next Generation of evoPOWER Launched by Puma
MediaInfoline Jan 19