Return Of ‘The Sinner’ Season 2 Only On Zee Café 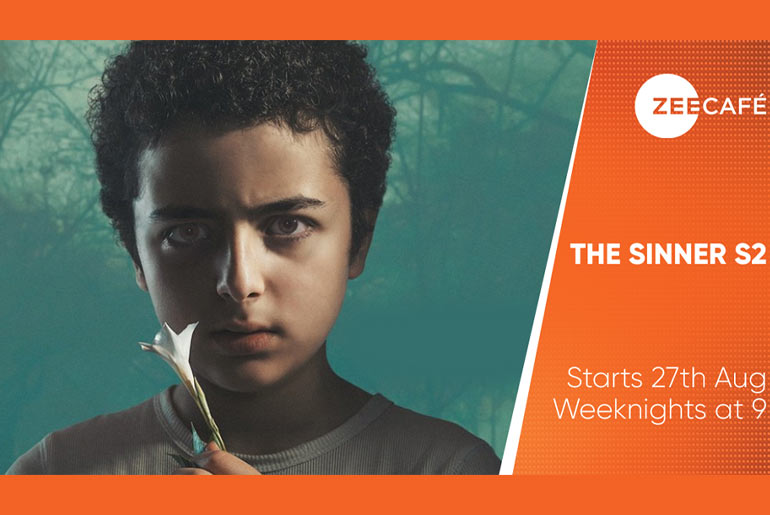 The mind-bending Drama series ‘The Sinner’ is back! This time it is going to give you the nerve-wracking thrill you seek. The series returns with a mind-warping exciting and interesting new plot for season 2. The Sinnet Season 2 is to air on 27th August, weeknights at 9 PM, only on Zee Café. The plot of the series revolves around Detective Harry Ambrose played by Bill Pullman, as he returns to his hometown and investigates secrets that the inhabitants are determined to keep buried. Chilling much? Join us to watch the brand-new season of ‘The Sinner’ on Zee Café from 27th August onwards every day at 9 PM.

Detective Harry Ambrose is returning to his hometown of Keller, Upstate New York after almost 15 years, to help investigate a double murder with an old acquaintance’s daughter who has just made detective, Heather Novack. A couple was found dead, apparently poisoned, in a motel room. The dead couple’s 13-year-old kid, Julian takes the responsibility to kill his own parents as he doesn’t quite grasp the idea of death since he was brought up sheltered. Det. Harry is determined to get to the bottom of the case when he uncovers a much larger and disturbing case behind it. Get ready for another intriguing season. Don’t miss out on this one.

Based on Petra Hammesfahr’s 1999 novel with the same name, The Sinner has been developed by Derek Simonds.

A powerhouse of independent actors sets the pace for an engrossing series revolving around crime in this all-new season of The Sinner airing August 27th on Zee café.

Owned by Zee Entertainment Enterprises, a subsidiary of the Essel Group, Zee Café is an Indian pay television channel. It was launched in the Indian subcontinent on 15th March 2000. Zee Cáfe underwent a rebranding on 28th March 2005 along with a new logo and promotion deals.