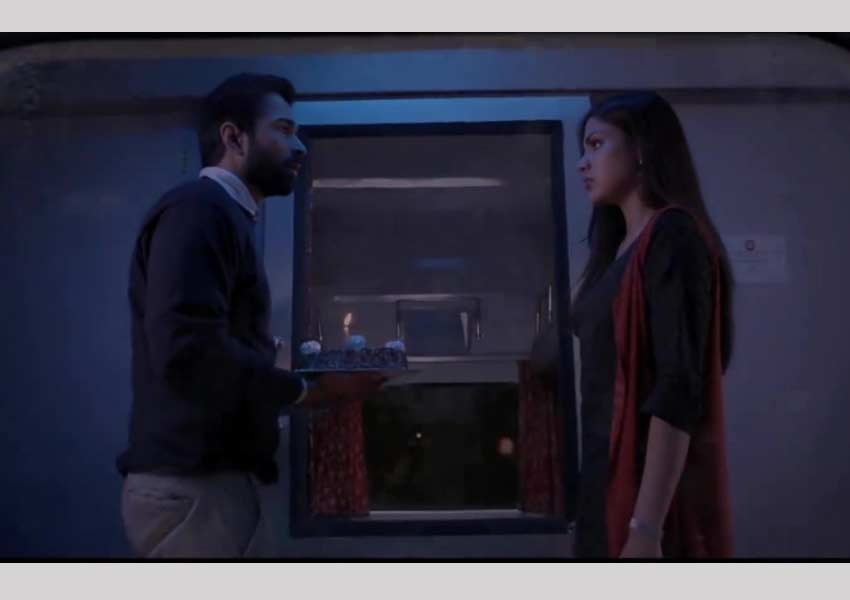 Rhea Chakraborty and Varun Mitra have been traveling to different cities for the promotions of their upcoming movie ‘Jalebi’. Recently, the Team Jalebi was spotted in Ahmedabad’s famous sweet shop Ghatiya Rath and were seen making Jalebis.

After watching the trailer, fans have been appreciating the bitter-sweet chemistry between the two protagonists. When asked Varun whether it was difficult to build up the chemistry on-screen, he said, “At first, we didn’t like each other but efforts were made from both the ends. We went out for dinners and opened up about our lives, fears and heartbreaks and it was later we started trusting each other. Also, workshops helped us a lot and made us let go of our guards. Post all the efforts we have pulled out, I’m sure, our chemistry is the driving force of the film.”

Both the actors have managed to pique the audience’s interest with their genuine connection which can be seen in the trailer. Speaking of the extensive train schedule, Rhea said, “There was a brief gap before our train schedule. During that time, Varun and I decided that we won’t talk to each other to build up our chemistry for the schedule as it needed multiple emotions like pain, anger, and heartbreak at the same time. We needed to keep that awkwardness alive for the scene where we meet again after years and not talking to each other definitely worked out well for the scene.”

“Jalebi- The everlasting taste of love”, starring Varun Mitra, Rhea Chakraborty, and Digangana Suryavanshi is presented by Vishesh films in association with Mahesh Bhatt. Produced by Mukesh Bhatt, the film is slated to release on October 12th, 2018.