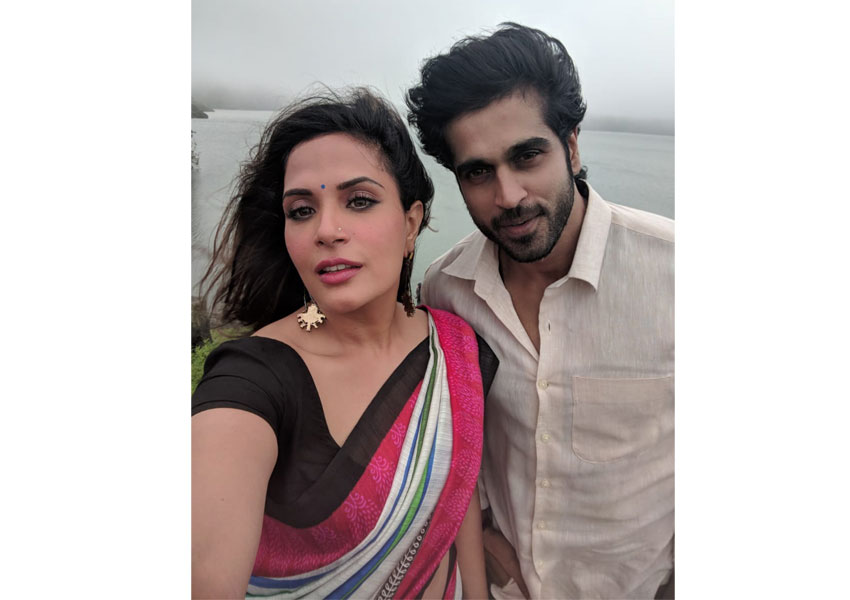 Richa Chadha who has currently just returned from Melbourne attending the Indian Film Festival of Melbourne, is also shooting for Inside Edge 2, the sequel of the super hit series that took India by storm. Apart from that the actress has also begun shooting for Shakeela, the Indrajit Lankesh biopic of the iconic actress.

The Fukrey actress, who has started shooting for the film, which captures the early life and career of the Southern star, has a rather charming young man playing her love interest. Rajeev Pillai, a popular model and Malayalam actor will be portraying the role of a young man Shakeela falls in love with. The multi talented actor, who debuted as a lead actor with the 2011 crime thriller, City of God, starring Prithviraj Sukumaran, has had a successful career in the fashion industry, having walked the ramp for several major fashion weeks and has also worked for a few international brands.