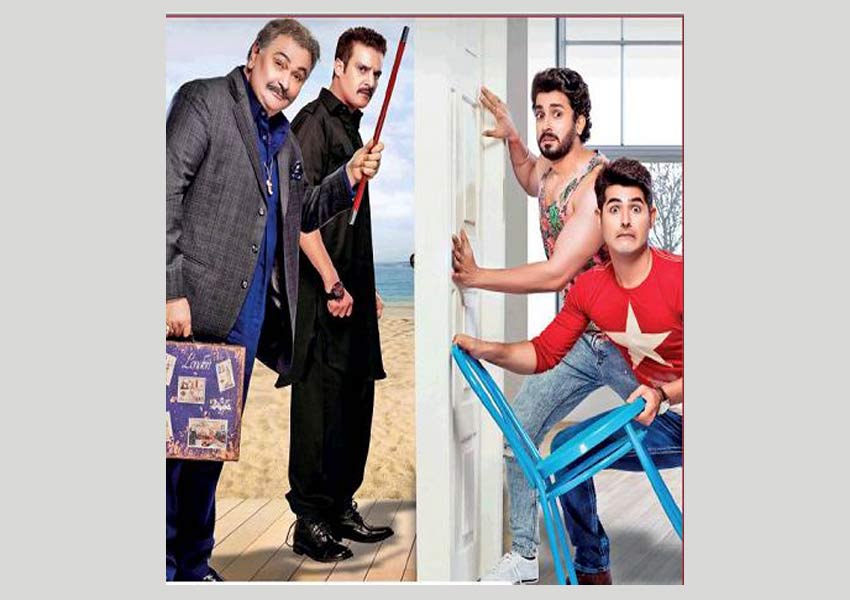 Jhootha Kahin Ka which released on 19 July is climbing the stairs to success all across the world and is delivering its promised dose of laughter. The film is directed by Punjabi hit film maker Smeep Kang and stars the veteran actor Rishi Kapoor and  the Punchnama boys Omkar Kapoor and Sunny Singh along with Jimmy Sheirgill, Lillete Dubey and Manoj Joshi.

The movie delivers tons of crazy moments filled with countless lies and dramatic chaos among the characters that has driven the audience insane. The stress buster movie has charmed the masses with its hilarious comic timing and humorous dialogues.

The comic riot family entertainer portrays two boys(Omkar & Sunny) living  in Mauritius, but their lives turn up side down when Omkar’s father(Rishi Kapoor)  surprises  them leading to the further confusion and lies. And just when the audience are entertained with this talented and experienced  mix Jimmy Sheirgill, Manoj Joshi, Rajesh Sharma and Lillete Dubey swoop in to drag you to the edge of your seats with their comic timing and knee-slapping jokes.

“We are happy that our film is entertaining  the audience, I personally enjoy watching people rolling in laughter and seeing them doing the same for the film we made with so much of hard-work is nothing but a delight to watch.” Exclaimed producer Anuj Sharma.

When asked Rishi Kapoor about the positive response the film has been receiving he said, “I was excited about doing an out and out comedy and I am happy that it worked, the reactions  from the fans are very encouraging and overwhelming and my heartfelt thanks to all my fans for their support towards the film.”

‘Jhootha Kahin Ka’ is made under the banner of Shantketan Entertainment and presented by Soham Rockstars Entertainment.