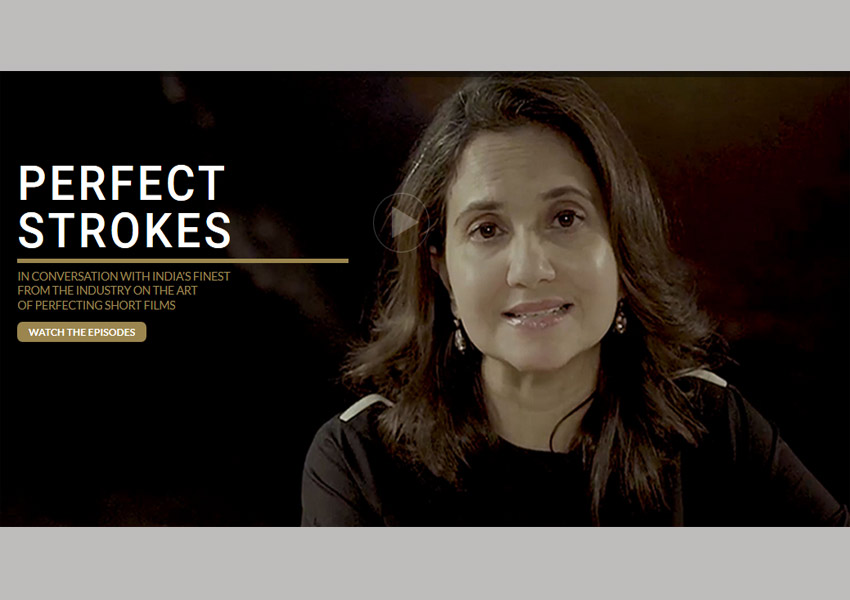 Created with an intent to reaffirm Royal Stag Barrel Select Large Short Films as a credible platform to give voice to and shape the next generation of film makers, each episode of Perfect Strokes will focus on one aspect of film making. The platform has truly evolved into a highly credible stage for achievers in the field of sports, cinema and music to share their secret to success.

Featuring renowned film makers such as Karan Johar; Anurag Kashayap; Imtiaz Ali; Shoojit Sircar, Anand L Rai among others, the web series showcase insights and anecdotes by these incredible directors on how they bring alive original and powerful stories and Make it Perfect.

Commenting on the release, Anupama Chopra said “Royal Stag Barrel Select Large Short Films has been the torch bearer for the short film industry in India. I am proud to associate with them for Perfect Strokes.  It is great to have renowned directors such as Karan Johar, Anurag Kashyap, Imtiaz Ali, Shoojit Sircar, Anand L Rai and many more on board with us as they talk about the art of perfection in film making and enlighten the audience about many unknown facts”.

The episode with Anand L Rai was released exclusively on the YouTube channel of Large Short Films on 25th February 2019 at 7PM.