Royal Stag Barrel Select Large Short Films presents ‘Test Drive’, a story of a struggling actor who truly believes in himself and aspires to achieve success basis the talent that he has as an artist. Depicting an array of emotions through his lead character which is being played by the versatile actor, Ashutosh Rana, Sameer Chand portrays an actor’s passion enrolled with an undying faith in himself.

While the central character of the short film continues to struggle throughout banking on pure talent, his dear ones define success basis fame, wealth and materialistic possessions. The protagonist strongly disagrees to these ideas of success and thus ends up struggling with relationships in his personal life too. As the film progresses he gets caught up in a situation where he breaks down and decided to take a test drive of fame and materialistic things which everyone around him always wanted him to do.

Commenting on the release, Raja Banerji, Assistant Vice President, Marketing, Pernod Ricard India, said “We are extremely glad to release Test Drive on our platform Royal Stag Barrel Select Large Short Films. We are not just thrilled but proud to associate with the stalwarts of Indian cinema like Ashutosh Rana. It is wonderful to see how short films are attracting a great audience online as well as great talent from the mainstream film industry and popular artists in the country. In line with the brand’s philosophy of ‘Make it Perfect’, we have and will continue to encourage and motivate talented film makers to freely showcase their originality and creativity through our platform.”

Talking about the film, director Sameer Chand said, “I am really delighted to present Test Drive to my audience. Test Drive is a very interesting short story that showcases a struggling actor’s strain, talent, skill and passion altogether and I believe no one could have depicted these emotions with such finesse and perfection other than Ashutosh Rana. I am really thankful to Royal Stag Barrel Select Large Short Films to have provided me a platform to showcase my creativity. I believe it is the perfect stage to celebrate the short film industry in the country.” 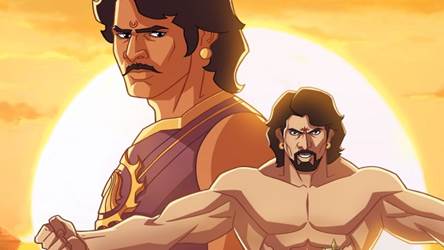