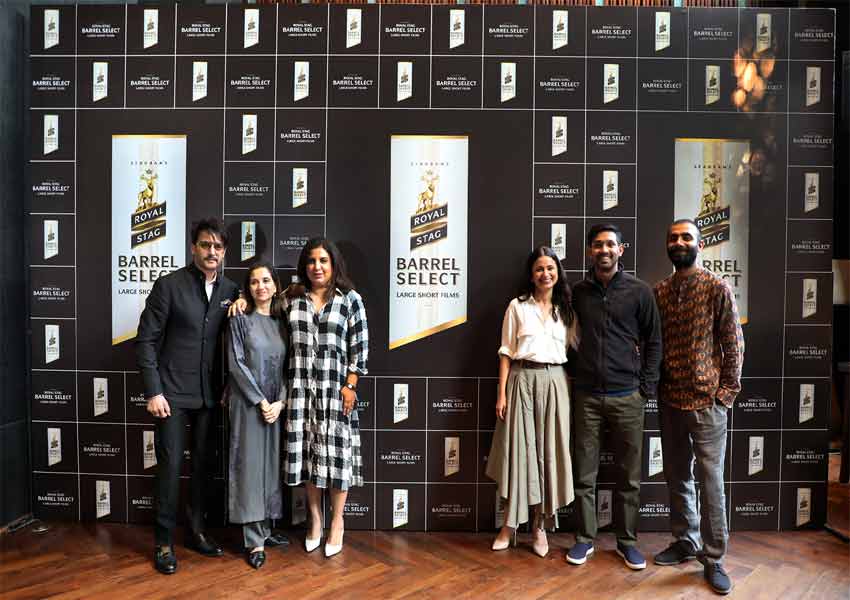 A powerful story needs a degree of skill and commitment from everyone involved to capture the audience attention. Royal Stag Barrel Select Large Short Films’ ‘what make films powerful’ brings together actors and storytellers from the world of cinema to decipher the perfect element that makes a film powerful. In a specially curated 6 city tour, the platform invites cinematic maestros like Anil Kapoor, Farah Khan, Jimmy Sheirgill, Rakeysh Omprakash Mehra, Randeep Hooda, Vinay Pathak and Zoya Akhtar and many more from the industry striking a conversation around cinema and their pursuit of excellence across cities like  Pune, Kolkata, Pune, Hyderabad, Gurgaon, Delhi & Jalandhar.

Commenting on the occasion, Kartik Mohindra, Chief Marketing Officer, Pernod Ricard India said “Royal Stag Barrel Select Large Short films has become synonymous with powerful & original cinema. As the short film genre grows, our endeavor will be to continue to bring these powerful stories and their creators to the forefront. It is an honour to host such eminent storytellers from the world of cinema who embody the brand philosophy of excellence and the pursuit of Perfection.”

The captivating discussion at Royal Stag Barrel Select Large Short Films was centered on ‘Happy New Cinema: on comedy and laughter in Indian cinema’ where the panelists especially actors & directors shared their perspective on how comedy is a ubiquitous form of cinema and how it has evolved over time. The events will be aired on a popular television network which will drive reach for the brand and the property.

Royal Stag Barrel Select Large Short Films has pioneered a revolution in the field of filmmaking. Through a slew of powerful short films, the brand has successfully redefined movie-watching for cinephiles and has thrown up a reality check for viewers and filmmakers alike. With its original, powerful and entertaining content, the property has successfully built a loyal community of enthusiasts in a very short span of time.