“Sachin… Sachin…!!!” anthem from ‘Sachin: A Billion Dreams’ is music maestro A. R. Rahman’s ode to the Master Blaster’s fans 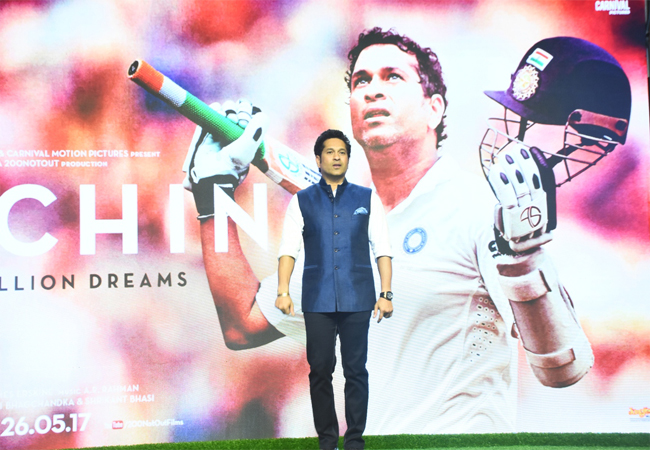 It was like walking into the stadium where Sachin Tendulkar was performing magic with his bat as the crowd cheered and chanted his name, and not the hotel in Mumbai where the song was being launched. You just had to close your eyes to be transported back in time to Sachin creating magic with his bat with the chant of ‘Sachin-Sachin…’ reverberating around the stadium.

The atmosphere at the launch of the second song by A. R. Rahman from the upcoming film “Sachin: A Billion Dreams” was not unlike a cricket match. The first song from the album ‘Hind Mere Jind’ had already raised expectations. When the song was played, the effect was electrifying! As the song ended, the invitees and audience picked up the chant and it was only when Sachin accompanied by A. R. Rahman came on to the stage that the auditorium became quiet. They were joined by the director James Erskine, the producers Ravi Bhagchandka of 200NotOut and Dr. Shrikant Bhasi of Carnival Pictures, lyricist Irshad Kamil, distributor Anil Thadani and Shikha Singhi from Junglee Music.

Fielding questions from the media, Sachin said, “The chants were my supporters’ way of showing their love. I have been inspired by their chant and it has helped me face difficult situations on the field knowing that I have the country with me. I admire the way that Rahman has created an inspirational anthem around this chant.”

Speaking on his composition, Academy Award winner A. R. Rahman said, “It was a challenge to compose music that would recreate the energy and mood that permeated the stadium when Sachin Tendulkar played cricket! I hope that this musical ode to fans of Sachin matches up to Sachin’s magical performances on the field. Creating the soundtrack for the film has been a memorable experience.” Ravi Bhagchandka, Producer, 200NotOut said, “Even if I was sitting at home and watching Master play, I used to get goosebumps on hearing the chant go around the stadium. Today when I heard the song, I got the same feeling. I am thankful to Rahman for creating this ode to the fans of Sachin. Rahman has created musical magic and has beautifully woven in the chants of “Sachin…, Sachin…” with music to create a stirring anthem.”

Dr. Shrikant Bhasi, Producer, Carnival Pictures said, “This song is an anthem celebrating the achievements of the greatest cricketer who took Indian cricket to its zenith through sheer dedication, talent and hard work.”

Just when everyone though that the evening had come to an end, there was a surprise in the wings! Sukhvinder Singh, the popular Bollywood singer, who has sung ‘Sachin… Sachin…’ came on stage to regale the audience with a live rendition of the song!

The biographical drama ‘Sachin: A Billion Dreams’ is scheduled to hit screens worldwide on May 26th, 2017.

Tags:
Previous Article
‘Kingfisher Bowl Out’ gives Royal Challengers Bangalore Fans a chance to bowl out their favourite cricketers
Next Article
Catch the premiere episode of ‘Kuzey Guney Season 2’ on 12th May only on Zindagi! 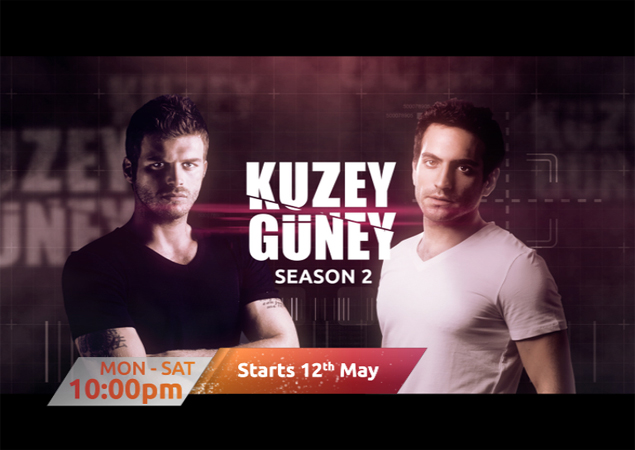 Catch the premiere episode of ‘Kuzey Guney Season 2’ on 12th May only on Zindagi!
MediaInfoline May 11