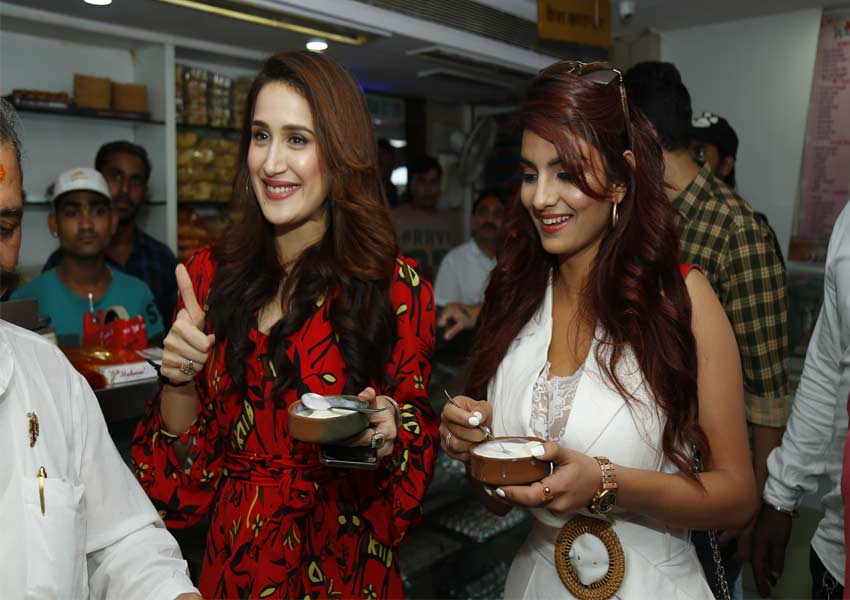 Sharing her experience promoting the web-series, Sagarika Ghatge quipped, “At Indore, it was simply overwhelming to see the response that the show has garnered and the warmth that fans had to offer. It felt so great to see the love shown by the students of Swami Vivekanand College too who just gave us a nostalgia ride back to our college days.”

Commenting on the same, Anveshi Jain said, “I have lived in Indore for two and a half years and those were the most fruitful years for me as I was just starting my MBA. This city has truly given me a lot. I am delighted that I got a chance to come back here. I am a foodie and couldn’t resist the Indori delicacies at Chappan dukkan. Simply loved it.”

In each episode, there is a new mystery which has to be unfolded to unravel another mystery. The mission is to find a mysterious balloon man in the northern belt of India. Along with the leading pair, the series features an ensemble cast that includes Gaurav Gera, Ayaz Khan, Anveshi Jain, Kanika Maheshwari, Tarun Mahilani, Mahesh Shetty and Dalljiet Kaur in pivotal roles.

It’s been a year! Will Ray and Nikhat finally ace at adulting?
MediaInfoline Aug 08