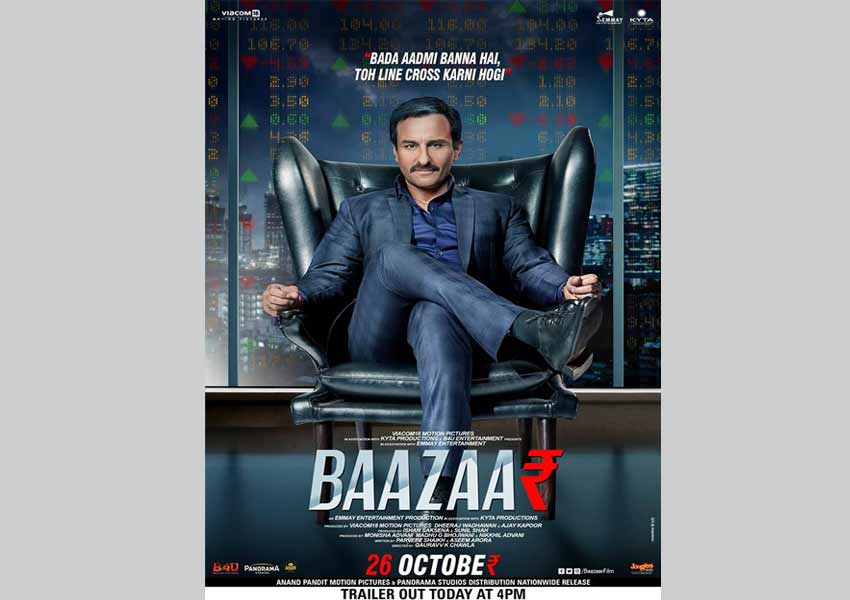 The Nawab of Bollywood Saif Ali Khan will be next seen in debutant Gauravv K Chawla’s Baazaar. The actor has rendered a variety of character sketches throughout his career and opens up about his role, Shakun Kothari in the film, as he finds it both challenging and complex. The character traces to be of a sharp, astute and money-minded merchant who knows his tricks to extract profit out of every business he undertakes.

Saif went on records to talk about the preparations he had to undergo before essaying his on-screen character in the film. Not only reading and research but he categorically chose to get a first-hand experience of the share market before he started off with his schedule.

Elaborating the same, the actor says, “I have always had a cursory knowledge of the market… speaking to friends and reading books by people like Warren Buffet have been very interesting. To research for this specific part, I drew on many personal equations and people I know in Mumbai. The Gujarati businessman is a definite type…the trick was to make him scary, tough and very cool. The accent also had to work, without making it caricaturish.”

Baazaar has already piqued up everybody’s interest for its intriguing and powerful narrative and we can’t wait to watch the film exploding with applauds in theatres this month.

Chitrangda Singh is winning hearts with her powerful performance in Baazaar!
MediaInfoline Oct 29

Chitrangda Singh is winning hearts with her powerful performance in Baazaar!

Rohan Mehra gets candid on how he bagged Baazaar

Hindi feature film BAAZAAR to be released on April 27, 2018