Saifeena reveal that Virushka is the other celebrity couple, acing marriage 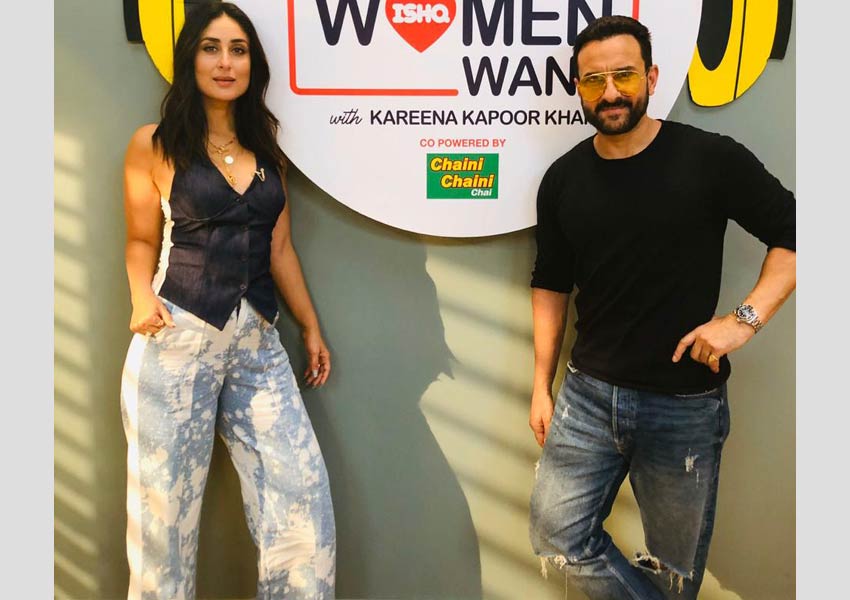 It’s a Pataudi family bonanza this Valentine’s season on 104.8 Ishq’s What Women Want 2 with Saifeena. After previously going viral with Sara Ali Khan gracing the couch alongside Kareena Kapoor Khan, the much-anticipated webisode of the radio and digital show finally launches the royal regal episode featuring the Nawab, Saif Ali Khan along with his Begum. While love is certainly in the air as the pair truly defines couple-goals, there’s a duo who they think are setting marriage goals aplenty and how!!!

Speaking about people idolizing Saifeena, the humble Nawab quips, “I think idolizing is a dangerous thing generally. I think people should be respected for what they are known for.  You can respect the idea of a relationship. But idolize is a strong word. We are just like normal people. If you are going to idolise someone, more than movie stars you should idolise the non-famous person next door. Who has managed to send his kids to school, someone who has a nice balanced middle class life and is also worthy of adulation.”

Although, Saif does acknowledge how the celebrity culture can become a place of insecurity and admires those couples who have managed to do it with utmost grace. But when Bebo asks who he thinks is acing at marriage, he says, “You look like you can be acing marriage and you might not be. But I like Virat and Anushka. They’re really nicely balanced together. Maybe it is because my parents had a similar balance that I kind of appreciate – A movie star and a cricketer.”

Jokingly, the Bollywood diva quickly questions Saif on why he was not saying that they are couple goals too. The adorable couple’s fun and banter is hard to miss and their chemistry will make anyone go – “I WANT THATTTT”. To see more on what went down between the Nawab and his Begum in the Valentine’s special, watch the video here.

Stay tuned to season 2 of What Women Want with Kareena Kapoor Khan on Ishq’s YouTube channel every Thursdays and on-air from Monday to Friday at 8 pm and 10 am.

Sara Ali Khan on 104.8 Ishq’s What Women Want 2 with Kareena