Home Entertainment Salman Khan was a tough taskmaster, according to Aayush Sharma
Entertainment

Salman Khan was a tough taskmaster, according to Aayush Sharma 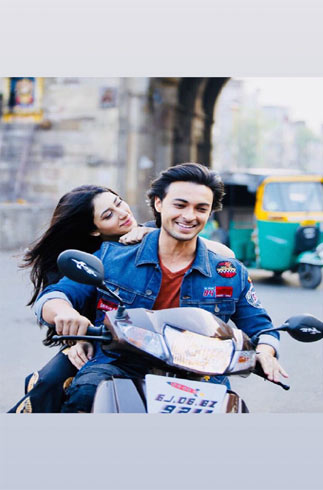 Aayush Sharma is all set for the release of his debut film, Loveratri releasing in cinemas on the 5th of October. Contrary to reports stating that Aayush bagged the film due to his political lineage and familial ties with Salman Khan, the actor being the hard taskmaster, chooses his protagonists quite carefully where family connections do not come in the way of his decisions.

Commenting on this, Aayush says, “Salman Bhai was very certain that he wouldn’t give me a film till the time he didn’t feel that I’m ready to face the camera. When I decided I wanted to seriously pursue career in films, he told me, ‘Although you were not born into a film family, you will still face the expectations that people have from an actor from a film family.’”

Aayush does not feel reluctant to admit that, he obviously lacked the experience and didn’t have the exposure that other actors have, belonging to a family from the industry. Thus, like any other budding actor, Aayush too toiled hard to prepare himself for the films. “Salman Bhai put me on a strict training programme. I’d train for some 13 hours a day. It would include gymnastics, action, acting, diction, dance. I trained like this for four years,” says the debut actor after receiving much love from all over the country after the teaser of his upcoming film, Loveratri released alongside Salman’s Race 3.

Aayush remarks how all his efforts paid off, “So, it was only after four years of rigorous training that finally Abhiraj (Minawala, director) approached me for Loveratri. He felt I’d be able to do justice to the character. Salman Bhai heard the film’s story and decided that it’s the perfect film for my debut. I was at last lucky enough for an opportunity to face the camera.”

Aayush Sharma on Salman Khan’s behes also assisted on a few movies before attempting acting himself. “I was very lucky to be a part of films like Bajrangi Bhaijaan, Prem Ratan Dhan Payo, Sultan, and Tubelight, It really helped me to get used to the set environment and understand filming. I enjoyed this a lot.”