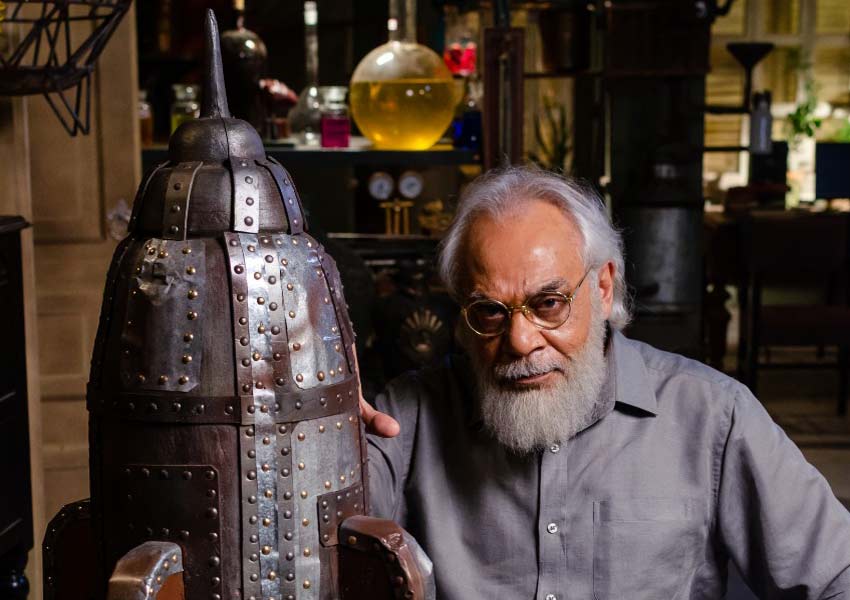 The official trailer of the most sought-after film of this year Professor Shanku O El Dorado released today emanating major nostalgia for the literary fanatics across the world. The science fantasy film is based on Ray’s legendary character ‘Professor Shanku’, the impeccably genius physicist, who was known for his far-reaching inventions and adventures, has delighted readers for several generations. Finally, the audience across the world will get to experience the phenomenal character on the silver screen for the first time.

The magical trailer begins with the introduction of Professor Trilokeswar Shanku (essayed by veteran actor Dhritiman Chatterji) who answers the most rhetorical question as to why he has never disseminated his inventions far and wide while cradling his favourite pet (cat) Newton. He believes that his inventions are so idiosyncratic that they cannot be manufactured through normal machinery. We are then introduced to the second most important character of the film, a clairvoyant by the name of Nakur Chandra Biswas, popularly known as Nakur Babu (portrayed by quintessential Bengali actor Subhasish Mukherjee). Together Professor Shanku and Nakurbabu embark on a tour of Brazil, culminating into an adventure where they encounter native tribesmen, jaguar and venture on the quest for the mythical city of El Dorado.

Will they be successful in finding the mythical city of El Dorado or will it remain a myth will be answered this Christmas as the audience queue up to the theatres to witness their favourite scientist for the first time on the big screen!

Speaking about the trailer and his upcoming release director Sandip Ray, son of the immortal Satyajit Ray, said, “This is the first time we are bringing my father’s creation Professor Shanku alive on screen and I’m very excited about the same. Shanku is a larger than life literary character that is known across the world and I’m hoping that the audience will love the film as much as they loved literary Shanku.”

Talking about the trailer response, Co-founder and Director SVF, Mahendra Soni, said: “Out of all the literary characters we have grown up reading, Professor Shanku has had popular demand to be recreated on the silver screen. Thus, we decided to bring this admired character on the celluloid for our audience, for the first time “

Please watch the magical trailer below.