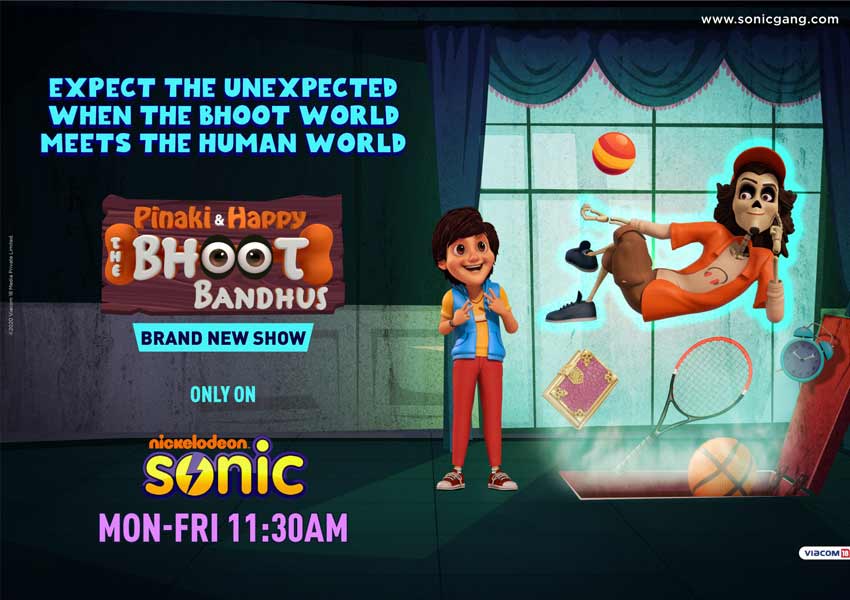 Nickelodeon has continued to be the top rank of being India’s leading kids’ entertainment franchise in the category, for the 6th year now. Nickelodeon is prepared to step into an untapped space after gaining a huge success with other home-grown IPs like Pakdam Pakdai, Shiva, Motu Patlu, Rudra, amongst others. The franchise is all set to introduce their 10th Indigenous IP -Lego presents “Happy & Pinaki- The Bhoot Bandhus” on SONIC, which is their first ever spooky-comic series, after the success of 9 Ips. Starting from November 9th, this entertaining, spooky yet combined with comedy, fast- paced show is produced by Tavrohi Animation and the young viewers will be able to watch it at 11:30 AM.

As the plot of the story, we see Pinaki, the central character of the show is adopted by an unusual family of ghosts and raise him as one of their own. The viewers will go on an adventurous joy ride as the stories of Pinaki and Happy turn mysterious and hilarious combined with comedy and some “Bhootbaazi. The show will present the daily escapades of Pinaki & Happy as the fun unfolds when the bhoot world meets the real world. The lyrics of the title track is scripted by the legendary Gulzaar saab with the music created by Simaab Sen. The show is directed by Ankur Chauhan. The franchise has already added a number of unique contents in their portfolio and this spooky-comic, home-grown animated show will further strengthen it. Nickelodeon the largest immersive and the most versatile local content library in the category with over 700 hours of content but in addition to it, over 100 + hours of content will be seen in the upcoming year as a scaling to the content library. It is expected to be added through new episodes and made for television movies.

Speaking about the success of the homegrown IPs, Nina Elavia Jaipuria, Head – Hindi Mass Entertainment and the Kids TV Network at Viacom18 “Kids are at the center of our universe and understanding their evolving preferences and catering to their diverse entertainment needs is at the core of all our initiatives. With each passing year, we have identified white spaces and brought alive clutter breaking and pioneering series that have gone on to be category game changers and favorites amongst all our stakeholders -kids, parents and advertisers ensuring that we are the most loved No1 kids entertainment brand in the country. With the launch of our new show Pinaki & Happy-The Bhoot Bandhus on Sonic, we are set to once again enthrall our young viewers with an immersive and unmatched entertainment experience.”

Speaking about the 10th IP launch of the Nickelodeon franchise, Anu Sikka, Head – Content, Kids TV Network, Viacom18 said “With the launch of our new show Pinaki & Happy -The Bhoot Bandhus, we are expanding our already popular programming catalogue to keep our young audience entertained. Each character and their traits are so carefully crafted that I’m confident that the Bhoot Bandhus will be thoroughly loved by the kids. The show promises to take kids into a new world of fun bringing to them first of it’s spooky-comedy series which takes them on a laughter ride when the bhoot world meets the real world. Over the years our adorable toons have formed an unbreakable bond with kids through the stories they tell and we are confident that that our young viewers will surely embrace the new characters and make them a part of their daily lives.”

As a part of the marketing campaign, the show launch will be supported by a robust promotion plan across all platforms. This will include an aggressive TV plan within the Viacom18 network and outside the network. The launch will also be promoted on ott platforms, music streaming apps, cable channels, dth amongst others. Various innovative ideas on the digital front are lined up such as tons of quirky communication on YouTube. Along with an expansive virtual school contact programme the promotions will also extend to schools and not only that, there would be a high decibel influencer campaign reaching out to the digital audience. Exclusive of all that, will be fun Bhoot Bandhus inspired digital games, contests, AR filters, virtual dance face offs and series of engaging and interesting on-line interactivity that kids will find as a way to escape into a different world.

The Nickelodeon franchise, with the launch of Happy & Pinaki- The Bhoot Bandhus is staying true to its reputation of being a pioneer and has plugged another entertainment white space in the spooky-comic genre. 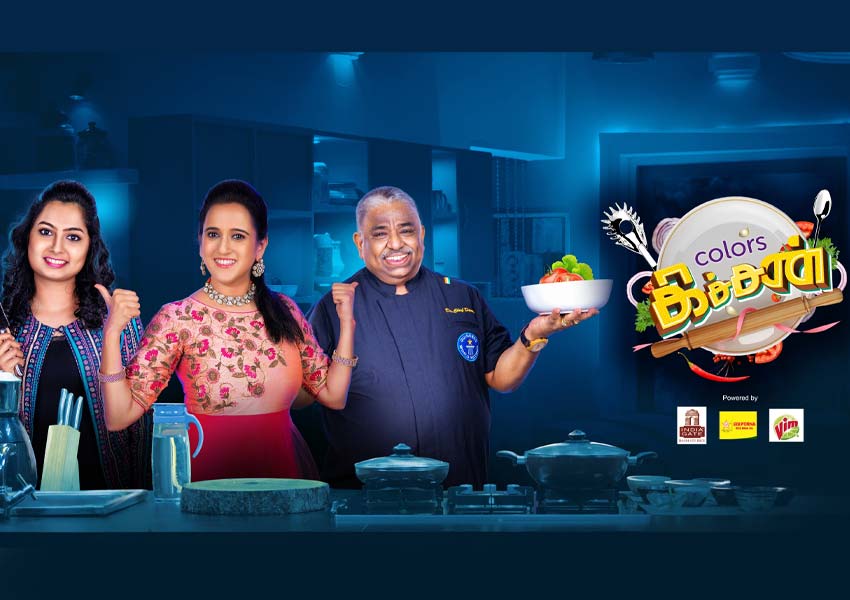