Shaan and Neeti get irked by Benny and Salim 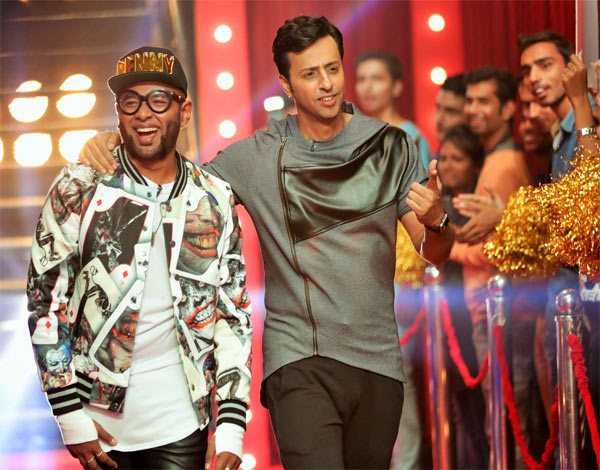 The Voice India Season 2 has seen some impeccable talent floor the four versatile coaches and the competition to get the desired contestant in their teams is on an all-time high. However, the winners of the previous seasons Shaan and Neeti seem to be getting irked by their fellow coaches this season – Benny and Salim.

It so happened that Neeti and Shaan both got ready as per their call time and reported on the floor for the shoot. However, the two new coaches Benny and Salim were nowhere to be seen. Both Shaan and Neeti chatted up for a while where Neeti seemed to be quite impressed with Shaan’s look this season and mentioned it to be on par with the international standards. However, the duo soon started commenting on their fellow coaches.

Said Shaan – These two are doing the show for the first time and they are already delaying the shoot. This is not going to work.

To which Neeti added – Benny doesn’t even need that much time… he doesn’t even have to set his hair! Being a girl, I am already here before him. This is just not acceptable.

A clear case of ‘Sour Grapes’ as per Benny!

Well, let’s see who has the final laugh.

Tune into The Voice India Season 2 this weekend Sat-Sun at 9:00 PM only on &TV