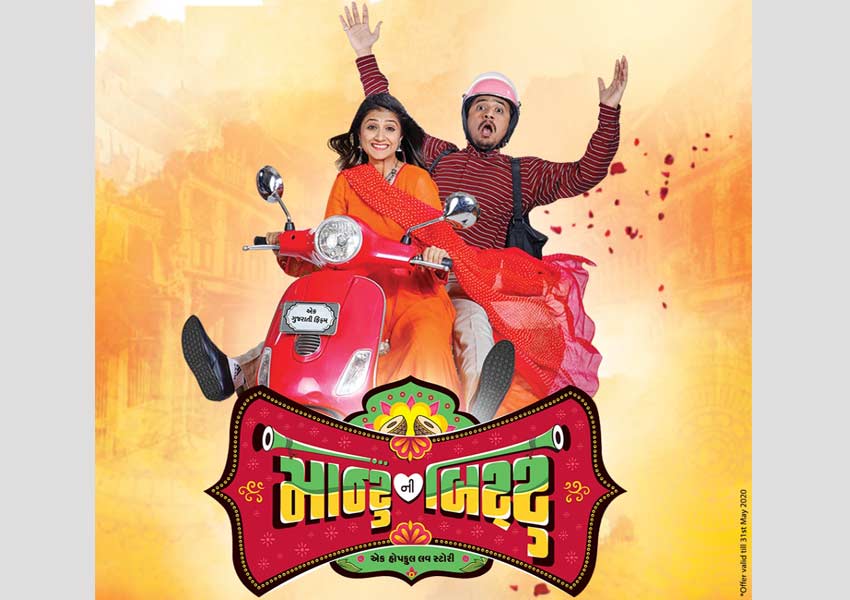 ShemarooMe is poised to offer its audience with the latest content in the regional category. The video streaming platform added 2019’s popular comedy-drama Montu Ni Bittu to its already existing massive Gujarati library. With the current situation where movie theatres are locked down, ShemarooMe has taken up the extraordinary step of channeling new and recently released movies in the regional category onto the platform. The film is available under the ‘Ghare Betha Majja Ni Life’ category on the platform.

Starring Gujarati fame actor Aarohi Patel and Maulik Nayak as Montu and Bittu, the movie revolves around childhood friendship and how this friendship sees one-sided love from Montu’s end. The innocent bond between the two lead actors sees a turmoil when a prospective suitor Abhinav comes in the life of Bittu and makes things complicated between the two protagonists. The story takes you through their journey of emotions with satire and comedy part of the storyline, making the movie a complete family entertainer.

Directed by Vijaygiri Bava, Montu Ni Bittu is set in Ahmedabad and beautifully captures the culture and essence of the city. Amplifying the emotions of the film, are the song that brings out the exuberance between the two lead actors, which is the highlight of the movie.

Commenting on the digital premiere of her movie on ShemarooMe, Aarohi Patel said, “I feel every actor brings a lot of himself and herself to the character and takes a lot back. There are several shades of me in Bittu, and there are things of Bittu which I would like to takeaway. I hope that fans watch the movie on ShemarooMe as much as we enjoyed making the film.”

ShemarooMe has a massive library of over 15,000+ hours of multi-genre, multi-regional content. Under the Gujarati category, the video streaming platform offers a holistic bank of entertaining content ranging from movies, web series, plays and talk shows amongst others to entertain audiences across all age groups.

Evelyn Sharma wants to meet her fans in lockdown!