Sonakshi Save freezes in 2 degrees at Darjeeling 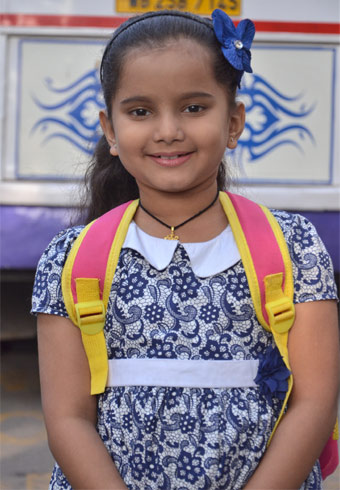 Musakaan, is a story of a 7 year old child, who due to certain circumstances is sent to a boarding school away from her mother, Aarti (played by Arina Dey). Portions of the upcoming Star Bharat show was shot in real locations at Darjeeling and Kolkata. Not only that, the boarding school shown in the show is the same as shown in the Shahrukh Khan starrer film, Main Hoon Na, St Paul School, Darjeeling.

Sonakshi Save and Arina Dey were shooting at 2 degrees in Darjeeling for 10 days. As per a close source we get to hear that, the 7 year old fell ill, due to sudden shift of climate while shooting at such a low temperature. She was on medications, and was made to wear 4 layers of clothing while shooting. There were no chances to halt the shoot, as they were in Darjeeling only for 10 days and had to shoot the entire boarding school chunk.

Though the production was protective, the kid underwent some difficulties in extreme cold condition. Sources confirm that the location was amazing, and Sonakshi loved shooting at a boarding school. Her health was affected due to the climatic condition, but she was taken good care of by the production team.