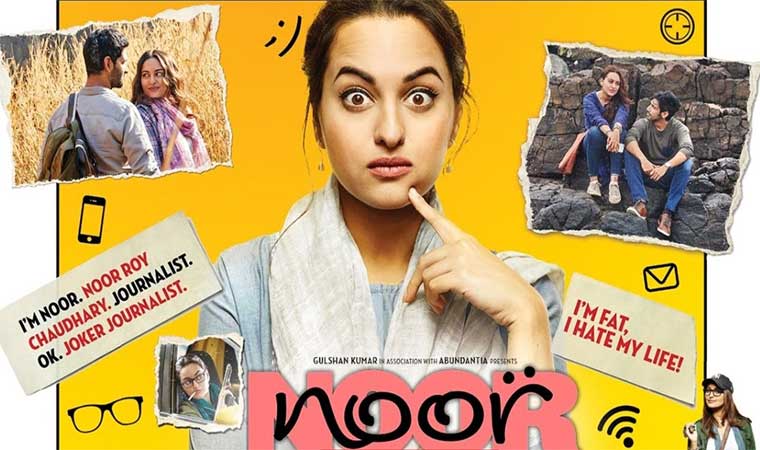 Noor narrates the story of Noor Roy Choudhary (Sonakshi Sinha), a 28-year-old clumsy journalist who is trying to cope up with her day-to-day issues like weight gain, EMIs and negligible love life. While Noor is struggling with her life and job, she meets Ayanaka Banerjee (Purab Kohli) a former CNN reporter and war correspondent and instantly fall for him. On one hand her personal life is at a beautiful juncture, and on the other hand her professional life takes a dramatic turn as her boss Shekar (Manish Chaudhary) sends her to interview famous doctor, who treats poor people for free. During the course of interview, Noor comes across an eye-opening investigative news story as she finds out from her house-maid that the doctor is into the business of organ harvesting. While she is struggling to unleash this truth, Ayanaka cheats on her and presents her story as his investigation in front of entire world. A series of events changes Noor’s outlook towards her profession making her a responsible journalist of the country. Will Noor be able to successfully expose the doctor and break the organ harvesting racket?

Sonakshi Sinha said, “Noor is the most organized, fastest and the most real film I have done so far. Noor is a very relatable character; she is an ordinary girl who wants to achieve everything in the world. Despite being an actor’s daughter I have lived the life of a normal girl. I have grown up in city like Mumbai, gone to regular school and college, travelled in train and autos. But now I miss that kind of stuff so it was nice to be back to normal life with Noor’s character.”


To find out, watch Noor only on Sony MAX on Friday, 8th December at 8pm