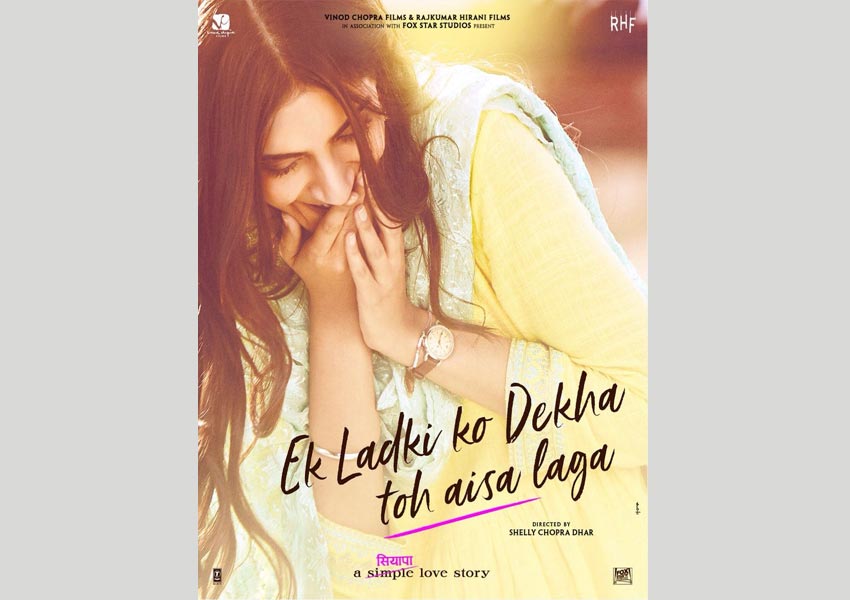 Written by the first ever transgender writer of Bollywood – Gazal Dhaliwal, Ek Ladki Ko Dekha Toh Aisa Laga is a feel-good movie that tackles a nuanced subject with care and sensitivity. The film brings together the finest of actors; Anil Kapoor, Sonam Kapoor, Rajkumar Rao and Juhi Chawla. This film also marks the debut of the father – daughter duo, Sonam Kapoor and Anil Kapoor starring together on-screen.

The films portrays the story of Sweety’s (Sonam Kapoor) struggle to convince her orthodox family to accept her romantic relationship with a woman named Kuhu (Regina Cassandra). She has spent her entire life hiding this truth from her family and after finding her soulmate in Kuhu, decides to elope to live the life of her choice. However, her plans are put to halt by her conservative brother (Abhishek Duhan) who constantly keeps a tab on her. While finding ways to run away, she bumps into Sahil (Rajkumar Rao), an out-of-inspiration writer who is bedazzled by her beauty. Sweety finds a true friend in Sahil and confides in him after which he decides to help her in convincing her father (Anil Kapoor) to accept her wishes.

Sonam Kapoor commented, “I have always stayed away from working with my dad and I think doing ‘Ek Ladki Ko Dekha Toh Aisa Laga’ was an ice breaker. With this film, I have overcome my fear of sharing a screen space with my father.”

Anil Kapoor said, “My role in the movie is of Balbeersingh from Moga. I am working with Sonam in a film for the first time. I have always wished to work with her but we did not get any scripts that actually inspired us to work together and this one did.”