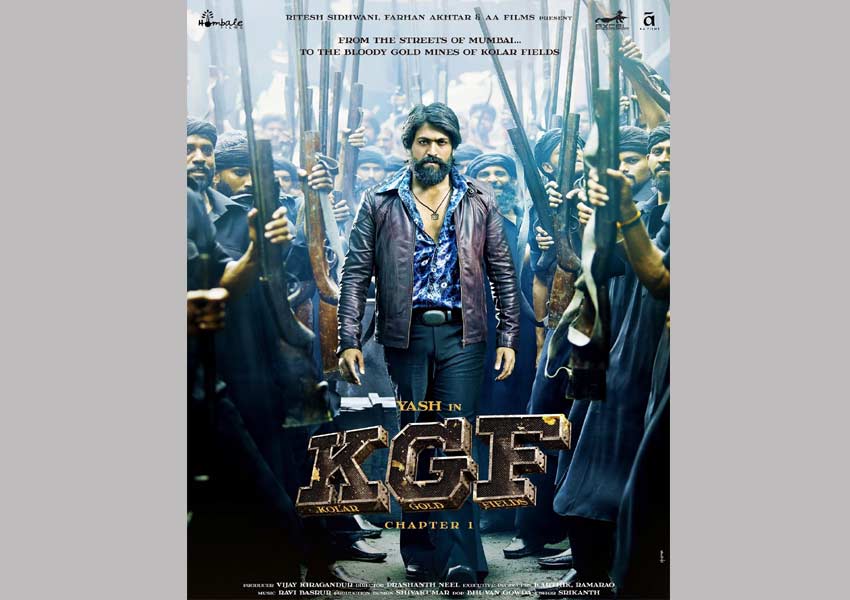 A period drama set in the early 1980s, K.G.F: Chapter 1 is the tale of an orphan whose mother’s dreams decided his faith in the city of underworld. The Kannada blockbuster, which has already stirred the audience across the country with the splendid story, visual treat and the cast, is all set for a world television premier on Sony Max on March 9, 2019 at 8 PM.

Written and Directed by Prashant Neel, the film boasts of a splendid star cast, which includes superstar Yash in the lead, along with Srinidhi Shetty and Ramachandra Raju and a sizzling performance by Mouni Roy. Yash aka Rocky is set to fulfil his mother’s dream of becoming the richest and the most powerful man of the world. K.G.F: Chapter 1 revolves around a battle against oppressors in Kolar Gold Fields, led by a man who undertakes a dangerous path to fulfil his dying mother’s wish of seeing him rich, powerful and prosperous. Helping him retain his moral core and greatness are nuggets of advice handed by out his mother before dying.

Yash aka Naveen Kumar Gowda, commented, “KGF Chapter 1 started off as a dream project for everyone who was associated with the movie – Hombale, Excel Entertainment & AA films. We wanted to create something, which has a universal appeal and which would connect to a much larger audience. When we were working on the film, we had an inkling that it may witness a huge success mainly because of its strong storyline. I am glad that the audience has received and appreciated our work with love. I am now looking forward to its world television premiere on Sony MAX.”