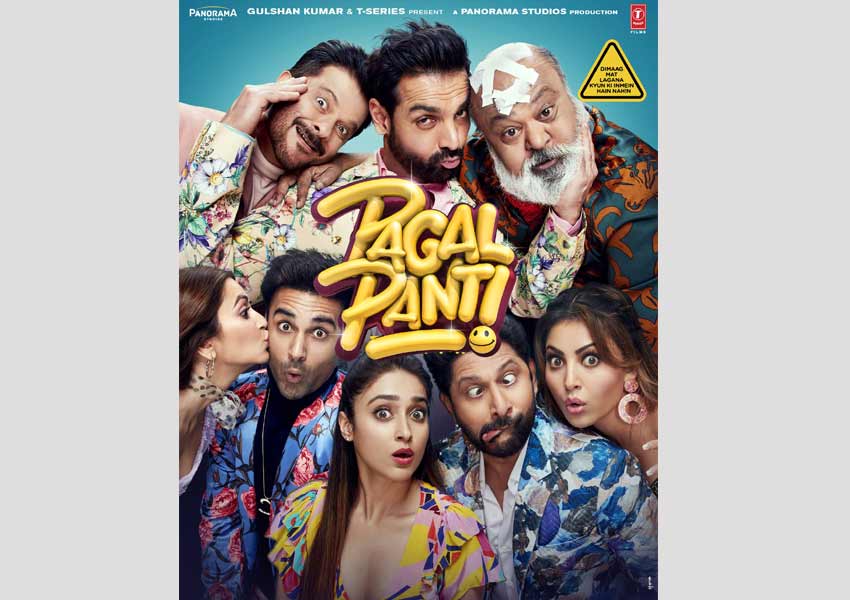 Sony MAX is all set to feature recently released hit feature film – Pagalpanti as its World Television Premiere of the month. The laughter riot featuring an array on bollywood superstars such as Anil Kapoor, John Abraham, Arshad Warsi, Pulkit Samrat, Ileana D’Cruz and Kriti Kharbanda amongst others will be showcased on 8th March 2020 at 12 noon only on Sony MAX.

The film revolves around 3 men (Raj Kishore, Junky and Chandu) considered as losers in their lives by the people, plan to get rich along with their girlfriends by fooling two gangsters and robbing their money but things take a drastic turn when they land up in the house of the two gangsters WIFI Bhai and Raja Sahab.

Turns out the Pagalpanti on set was as extreme as the Pagalpanti on screen as superstar Anil Kapoor when asked about all the fun events on set, very cryptically said, “Oh so many! But that’s for us to know only!! That’s what makes for the memories!   There are so many fun moments happened on the sets.  The movie has a great starcast and it was a great experience and we had a complete blast working together!”

Watch the World Television Premiere with the cast of Pagalpanti on Sony MAX on 8th March 2020 at 12 noon.